The Indian Railways withdrew concessions for senior citizens in March 2020, but continued to subsidise train tickets for Members of Parliament (MPs) and ex MPs. 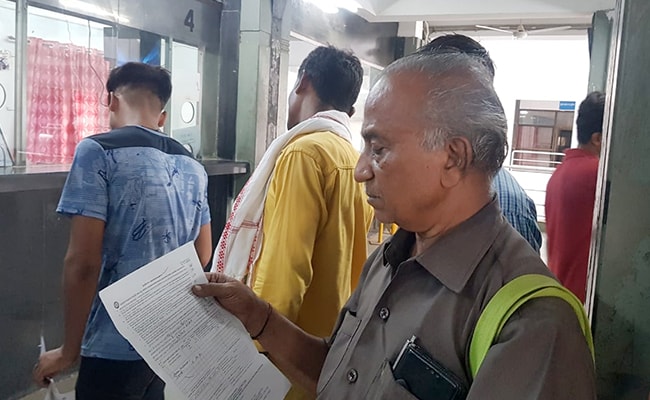 The centre has spent more than Rs 62 crore in concessions on travel for MPs in the last five years.

While MPs enjoyed crores in free and discounted train tickets, the Indian Railways has been refusing concessions to senior citizens citing the need to cut its subsidy bills, documents accessed under the Right to Information (RTI) Act show.
The Indian Railways withdrew concessions for senior citizens in March 2020, but continued to subsidise train tickets for Members of Parliament (MPs) and ex MPs.

Data accessed through RTI queries shows the centre has spent more than Rs 62 crore in concessions on railway travel for MPs and former MPs in the last five years.

Even after the end of the first and second wave of the COVID-19 pandemic, the railways are yet to restore concessions on train fares for senior citizens.

The railways have earned a revenue of Rs 1,500 crore since the senior citizens' subsidy was withdrawn in March 2020, the same month when the first lockdown amid the pandemic was announced by Prime Minister Narendra Modi.

"They give nothing to us; we are struggling. Those in power do not value the old. MLAs-MPs get a lifelong pension, canteen, everything; the public has nothing. Our concession should be brought back," says Jaganath Gupta, 76.

According to government provisions for the elderly, men used to be given a discount of 40 per cent on train tickets and women 50 per cent.

In its reply to an RTI query filed by Chandra Shekhar Gaur, the railways said that between March 20, 2020, and March 31, 2022, 7.31 crore senior citizens travelled without subsidised train tickets.

The revenue from senior citizen passengers who travelled during this period is Rs 3,464 crore, which includes the Rs 1,500 crore earned after the subsidy for them was stopped.

"Even after 30 years of service, we get few privileges compared to MPs and MLAs. We are honest taxpayers. The subsidy should be restored. Our MPs and MLAs get everything under the sun and they get to decide for us. That's a cruel irony," says Chand George, a retired government employee.

Railway Minister Ashwini Vaishnaw had informed Parliament in March this year that the ministry will not be restoring the concessions yet.