The 2018 season of the championship began in Mumbai, and was followed by Pune, Goa, Bangalore, Hyderabad, Kolkata, Delhi, Gurgaon, and Chandigarh. 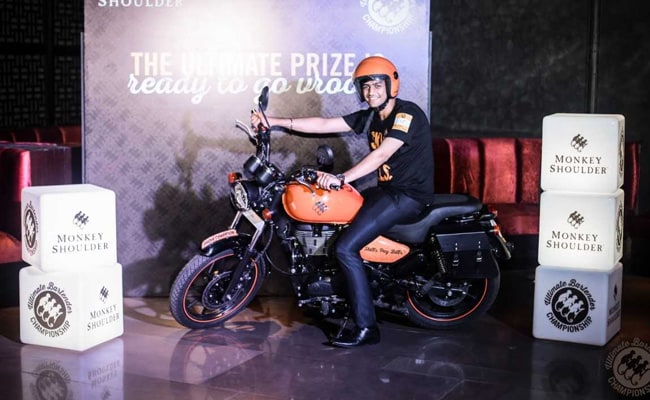 "I am over the moon to win this biggest competition possible. For me, it is a very big achievement to be the best amongst the best of India," said the 25-year-old.

"The ultimate bartender championship is an amazing initiative by Monkey Shoulder for exposing us to international standards of bartending and taking us to global platforms such as the Athens Bar Show," Mr Mehra said after being declared the winner at the grand finale in Delhi.

The 2018 season of the championship began in Mumbai, and was followed by Pune, Goa, Bangalore, Hyderabad, Kolkata, Delhi, Gurgaon, and Chandigarh.

"The competition brought together the most talented bartenders of the country who had won the regional rounds of the championship. The contest witnessed a showcase of their dexterity and talent in bartending," the organisers said in a statement.

Commenting on this championship, James Pennefather, MD William Grant and Sons India, said: "We are committed to empowering our friends in the bartender community to deliver memorable consumer experiences.

"A high energy industry event, it promises to lift all bartending parameters that make it an epic competition."