Meet Every Month For Identification Of Wetlands: Green Panel To Government 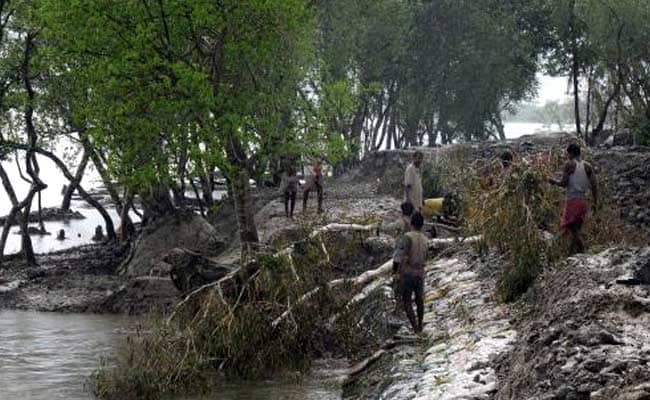 Environment ministry has been told to report on meetings about wetland issue. (File photo)

New Delhi: The National Green Tribunal has directed the Central Wetlands Regulatory Authority (CWRA) to hold a meeting with states and Union Territories every month for identification and notification of wetlands all over the country.

A bench headed by NGT Chairperson Justice Swatanter Kumar also directed the environment ministry to file an affidavit mentioning as to how many times till date the Central Wetlands Regulatory Authority (CWRA) has met.

"Ministry of Environment and Forests shall file an affidavit stating as to how many times till date CWRA has met and the dates and minutes thereof. We direct the Central Wetlands Regulatory Authority will meet henceforth every month and would take up matter of all the States in relation to identification and notification of wetlands all over the country," the bench said.

It also asked all the states to file affidavit stating as to whether the work in relation to notification of wetlands has been concluded or not and how many wetlands have been identified and how many of them fall in the protected or non-protected area with reference to size of each wetland.

"The affidavit will also state the proposed course of action, the State wishes to adopt to complete the project notification and notifying the wetlands in each State. If no steps in that behalf have been taken, the reason thereof should also be stated in the affidavit," the bench said.

The tribunal also issued notices to Arunachal Pradesh, Gujarat, Jammu and Kashmir and Uttarakhand for their non-appearance in the case and warned that if nobody appears on their behalf in future, it would be compelled to pass coercive orders against these states.

The matter is now listed for hearing on August 31. The tribunal's order came while hearing the pleas filed by environmentalists Anand Arya and Pushp Jain seeking direction to the government to identify all wetlands within the state as per The Wetlands (Conservation and Management) Rules 2010.

A wetland is a land area that is saturated with water, either permanently or seasonally, and has a distinct ecosystem.