Police said Medha Patkar was leading the protest and action was taken 48 hours after the protesters were given notice to vacate the plot. 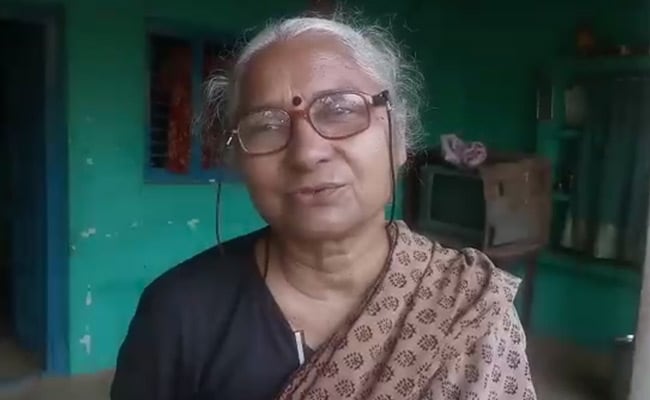 Social activist Medha Patkar and more than 350 others were arrested on Tuesday during a protest outside a closed private cloth mill in Sannati in Madhya Pradesh's Khargone district, an official said.

Rajkumar Dube of Janata Shramik Sangthan, an outfit of workers, said the establishment was sold to a new group but the latter had refused to heed requests to re-employ those who were working there before the closure.

He said workers had not opted for a VRS scheme being offered to them for the past four years as they wanted their jobs back.

Khargone Superintendent of Police Shailendra Singh Chouhan told reporters the protest was illegal and was being held by encroaching on government land, adding that action was taken 48 hours after they were given notice by the tehsildar of Kasravad to vacate the plot.

"However, they did not relent and continued their protest under (Ms) Patkar. A total of 360 protesting workers along with (Ms) Patkar were arrested. She refused to fill up a bail bond and, hence, was lodged in the Narmada Valley Development Authority guesthouse. Others have been kept in ITI Kasravad and a girl's hostel. They will be released after fulfilling bail conditions," the SP informed.