Organised by the Confederation of Indian Industry (CII) in partnership with MEA, the event saw participation from Ambassadors and High Commissioners of various countries across the Indo-Pacific. 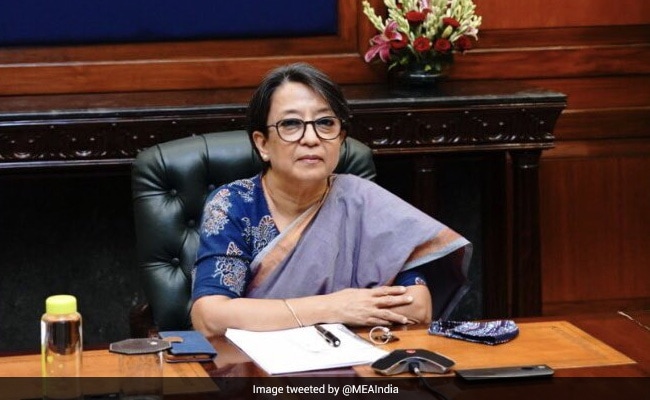 Ministry of External Affairs (MEA) Secretary (East) Riva Ganguly Das on Tuesday addressed the Special Session of the first edition of the Indo-Pacific Business Summit organised by the Confederation of Indian Industry (CII) in partnership with MEA and highlighted the importance of a free, open, and rules-based Indo-Pacific in facilitating trade and connectivity in the region.

The event saw participation from Ambassadors and High Commissioners of various countries across the Indo-Pacific, a region spanning from the east coast of Africa to the Pacific island states.

The idea of the Indo-Pacific as a single strategic space is an outgrowth of China's growing influence in the Indian Ocean region. It signifies the interconnectedness of the Indian and Pacific Oceans, the importance of the oceans to security and commerce.

In March this year, the first summit of the leaders of the Quad (Quadrilateral Framework) was hosted by the US on a virtual platform.

The Quad is a grouping of India, the US, Australia and Japan that aims to safeguard the interests of democratic nations in the Indo-Pacific region and address global challenges.