Maratha Quota Obligations To Be Completed By November: Devendra Fadnavis

The Chief Minister said MSBCC was a statutory body and cannot be "pressurised" (to submit the report quickly). 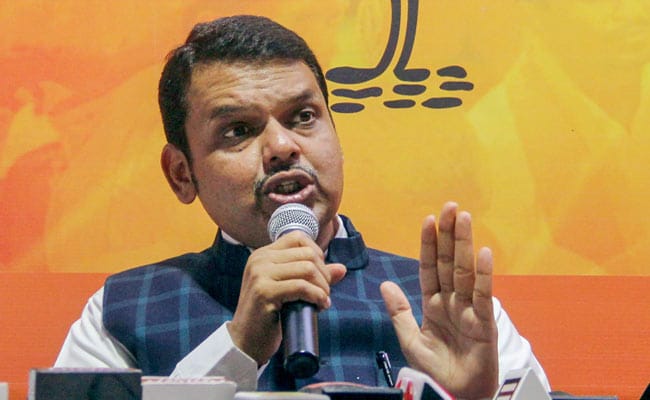 Devendra Fadnavis also took on his critics who have been demanding an ordinance. (File)

Maharashtra Chief Minister Devendra Fadnavis on Sunday said that all constitutional obligations in connection with the granting of reservations to the Maratha community in the state would be completed by November this year.

Mr Fadnavis, making a 15 minute address on state television and radio, said that the Maharashtra State Backward Class Commission (MSBCC) would inform the Bombay High Court on August 7 about when it will submit its report regarding the Maratha quota.

He said that once the report of the MSBCC was submitted, a special session of the state Legislature would be convened within a month to pass a "law or resolution" regarding granting reservations to the community.

The Chief Minister said MSBCC was a statutory body and cannot be "pressurised" (to submit the report quickly).

The commission was in the process of collecting "quantifiable" data. "About 1.86 lakh evidences and data have been collected," he informed.

Mr Fadnavis appealed to the community to shun violence as a "handful of people" were giving a bad name to the silent marches (mook morchas) (taken out for reservation earlier) that were seen as a model form of protest.

The Maratha reservation stir took a violent turn following the death of a youth on July 23 and since then it has seen arson and stone-pelting in several districts of the state.

The chief minister said that the agitation was justified only if the government was apathetic and claimed that "sincere and genuine" efforts were being made to address the community's grievances which had prevailed for years.

"Our government is addressing them sincerely. I appeal to community leaders to monitor schemes implemented in the districts and bring loopholes, if any, to the notice of the government," he said.

Mr Fadnavis also took on his critics who have been demanding an ordinance to grant reservations to the Maratha community.

"Some are saying promulgate an ordinance and what was the need for the Backwad Class Commission. An ordinance can be promulgated and you will get satisfaction that a decision was taken. However, it won't stand legal scrutiny," he said.

The chief minister said that legal experts, during detailed discussions, had opined that Maratha reservations would not stand in a court of law if legal and constitutional obligations were not completed.

Referring to a mega recruitment drive to fill government posts in the state, Mr Fadnavis said that no injustice would be done to Marathas.

"The drive is yet to start. The process of how to ensure justice for Marathas while not impacting reservations for members of the SC/ST communities was being worked out," Mr Fadnavis said.

Calling on the Maratha community to "trust" his government, he said that the government was taking effective steps to implement provisions under the Annabhau Sathe Finance Corporation and Rajashri Shahu Maharaj Scholarship schemes for the community.

He said that the Tata Institute of Social Sciences (TISS) had been entrusted with the task of surveying and submitting a report in connection with reservations for the Dhangar community in the state.

The TISS report would be submitted by the end of this month, he said.

Appealing people to be calm and shun violence, Mr Fadnavis said that "disturbances of this sort would affect the sizable investment that Maharashtra was attracting."

He also appealed to the youth to not commit suicide (several instances of which have occurred during the Maratha stir that started afresh in the last week of July) as it pained him "to the core".

Asking parties to set aside politicking, he requested them to unite in order to "fulfil the aspirations of the youth".

Mr Fadanvis, during his address, said that Maharashtra was the most favourable destination for investment in the country.

"About 42 to 47 per cent investment in the country is coming to Maharashtra and this is generating employment on a large scale. The EPFO (Employees Provident Fund Organisation) report for last year stated that Maharashtra was the biggest generator of jobs, at 8 lakh, in a single year," he said.

Citing the violence in Chakan industrial belt near Pune last week, the Maharashtra CM asked whether investors would turn up if such incidents continued.

He informed that industrial corridors were being planned in places like Jalna and Aurangabad and violence in the name of caste and religion among others would ruin the image of a progressive state like Maharashtra.

He also asked people to stop the "misuse of social media" to "mislead society".