The report for 2016, however, shows that the prevalence of the use of children by Maoists and other armed groups had come down to only two states compared to six in the previous year 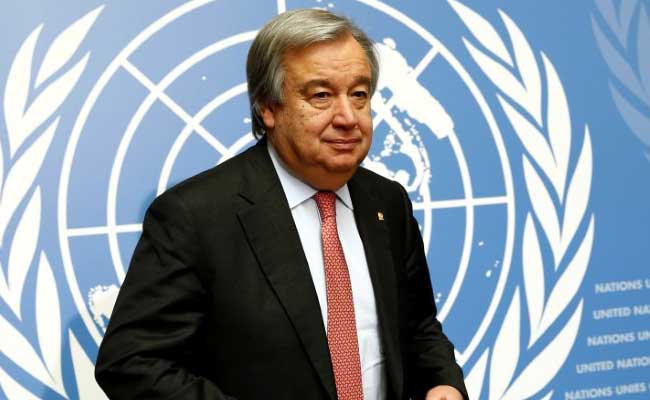 New York: The United Nations has received reports of Maoists using children to fight in Chhattisgarh and Jharkhand, and of terrorists burning at least 30 schools in Kashmir last year, according to Secretary-General Antonio Guterres.

In his annual report on Children in Armed Conflict, Mr Guterres said, "Children continued to be affected by incidents of violence between armed groups and the government, in particular in Chhattisgarh and Jharkhand, as well as tensions in Jammu and Kashmir."

"The United Nations continued to receive reports of the recruitment and use of children by armed groups, including the Maoists, in particular in Chhattisgarh and Jharkhand," he said.

At least 30 schools were burned and partially destroyed by armed groups in Jammu and Kashmir according to government reports, he said.

"In addition, government reports confirmed the military use of four schools by security forces in that region for several weeks."

Mr Guterres's report for 2016, however, shows that the prevalence of the use of children by Maoists and other armed groups had come down to only two states compared to six in the previous year.

In the report for 2015 released last year, the then-Secretary-General Ban Ki-moon had said the Maoists were using children as young as six in Bihar, Chhattisgarh, Jharkhand, Maharashtra, Odisha and West Bengal.

Mr Guterres' report covering conflicts during 2016 was sent to the Security Council on Thursday.

The report recorded far more violations against children by terrorists and other armed groups than by governments.

It said there were about 4,000 verified cases involving government forces and over 11,500 by non-state armed groups in the 20 nations covered in the report.

"I call upon the (Indian) government to develop appropriate mechanisms to protect children from recruitment, as well as to separate and reintegrate recruited children," Guterres said.

"I also urge the government to ensure the protection of children from any form of violence in the context of civil unrest or law and order operations."

"Children continued to be killed and injured in the context of operations of national security forces against Maoist armed groups," Mr Guterres said, but did not provide any numbers.

According to the Home Affairs Ministry, 213 civilians were killed in encounters, an increase from the 171 in 2015, but the number of children wasn't provided, his report said.

"Armed groups reportedly resorted to abduction and threats against parents in order to recruit children, who subsequently underwent military training and served as messengers, informants or guards in child squads (bal dasta)," Mr Guterres said in the report.

In what he described as a "troubling development", Maoists were allegedly providing combat training as part of the curriculum in several schools they were running in Chhattisgarh.

In one incident recounted in the report, police moved 23 children threatened with abduction by armed groups in Gumla district, Jharkhand, in March 2016 and "supported their enrollment in schools".

Promoted
Listen to the latest songs, only on JioSaavn.com
However, he added, "unverified reports suggest that police may be using children formerly associated with armed groups as informants, potentially making them targets for retaliation".

He also said that because of "access restrictions" to the conflict area the UN was not able to verify the incidents.