"Before one can fix the economy, one needs a correct diagnosis of its ailments and their causes," former prime minister Manmohan Singh said on Nirmala Sitharaman's comment on economy

Manmohan Singh, responding to Finance Minister Nirmala Sitharaman's comment blaming him for the bank crisis, said today that the government "is obsessed with trying to fix blame on its opponents" instead of finding solutions. The former Prime Minister also referred to the Punjab and Maharashtra Co-operative (PMC) bank crisis, which has impacted 16 lakh investors, and said the BJP governments at the centre and Maharashtra were unwilling to adopt people-friendly policies.

"I have just seen the statements by Finance Minister Nirmala Sitharaman. I won't like to comment on that statement, but before one can fix the economy, one needs a correct diagnosis of its ailments and their causes. The government is obsessed with trying to fix blame on its opponent, thus it is unable to find a solution that will ensure revival of the economy," Manmohan Singh said at a press conference in Mumbai in the run-up to the Maharashtra election on Monday.

"When I was in office what happened did happen. There were some weaknesses. But you can't claim that the fault lies with the UPA always. You have been in office for five years. Mainly passing buck to UPA is not enough," said Dr Singh, who was Prime Minister of India from 2004 to 2014.

On Tuesday, Nirmala Sitharaman had, at an event in the US, said she held the Manmohan Singh-Raghuram Rajan combination responsible for subjecting public sector banks to their "worst phase". 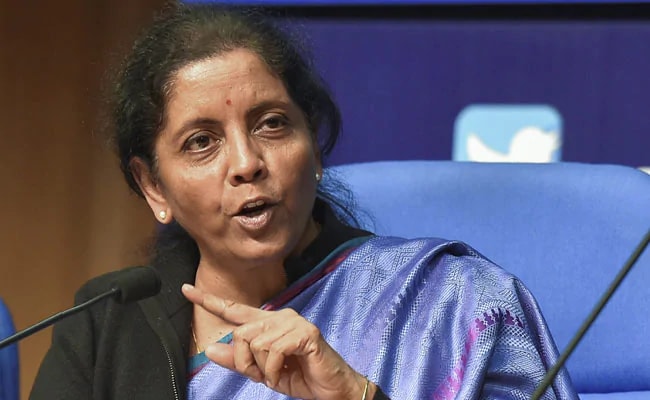 "I have no reason to doubt that Rajan feels for every word of what he is saying. And I'm here today, giving him his due respect, but also placing the fact before you that Indian public sector banks did not have a worst phase than when the combination of Singh and Rajan, as Prime Minister and the Governor of the Reserve Bank of India (RBI), had. At that time, none of us knew about it," the Finance Minister had said at Columbia University's School of International and Public Affairs in New York.

She said it was during Mr Rajan's stint as RBI chief that loans were given just based on phone calls from crony leaders. "Dr Singh was the Prime Minister and I'm sure Dr Rajan will agree that Dr Singh would have had a consistent articulated vision for India," Ms Sitharaman said, drawing chuckles from her audience.

Ms Sitharaman was responding to a question on Mr Rajan's recent comments seen to be directed at Prime Minister Narendra Modi, that only "internal cohesion and economic growth" and not "majoritarianism" will help strengthen India's national security.

Both the former Prime Minister and Mr Rajan have been fierce critics of the economic policies of the government, including demonetisation.

Union Minister Piyush Goyal hit back at Dr Singh. "Dr Manmohan Singh should reflect on his own failures, where he went wrong, why he couldn't maintain a strong economy and give an honest government, why he was so helpless that he had to obey orders from 10 Janpath and had no capacity to take his own decisions," he said, repeating the ruling party's stand that Dr Singh was a puppet at the hands of Congress leaders Sonia Gandhi and Rahul Gandhi.