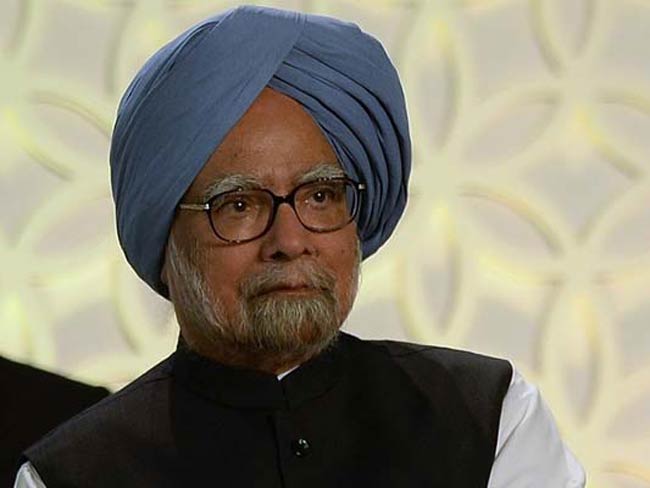 New Delhi: Former prime minister Manmohan Singh and Congress vice-president Rahul Gandhi came together on Monday on the same platform for the launch of "Dreaming big: My journey to connect India", the autobiography of the father of India's telecom revolution, Sam Pitroda.

"This book is the story of a fascinating life," Mr Singh said in the launch function at the Teen Murti Bhavan in New Delhi.

"It is a life of great vision, great adventure and great enterprise," he said.

He said that when he became the prime minister "we felt the need for science and technology for developing the country".

"Sam had a heart attack. But when the call came he rushed back (to India from the US)," Mr Singh recalled.

Mr Pitroda served as the chairman of the National Knowledge Commission under Singh from 2005 to 2009.

Rahul Gandhi said that after his father Rajiv Gandhi's death, he did not meet Mr Pitroda for around 15 years.

"When he came back from the US and said that he wanted to meet me, I immediately met him in his room at the Taj. He started off and kept talking for around half an hour to 40 minutes. I came out of the room feeling a strange kind of energy inside me," the Congress vice-president recalled.

"When I see Sam, I see the potential of this country," he added.

Speaking on the occasion, Mr Pitroda expressed his gratitude to Rajiv Gandhi for all his success.

"My journey in India would not have started without the support and help of Rajiv Gandhi," he said.

"When Rajiv Gandhi died, I felt like I had lost everything," he recalled, adding that he had to go back to the US to rebuild his life.

"My story is the story of India."

In an interactive session with CNBC TV 18's Sheereen Bhan, when asked how he could institutionalise excellence in the midst of red tapism and various layers of government, he said: "You have to create a bypass to get around the system."

According to Mr Pitroda, his life has been like that of a rollercoaster.

Asked if he had any regrets in his life, he said: "I have no regrets except that I did not take care much about my health."