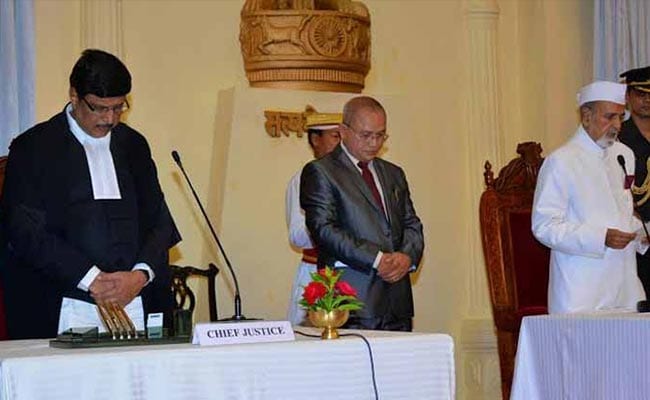 Mr Ahmed was suffering from cancer and admitted to Lilavati Hospital in suburban Bandra last week, they said.

He was 73 and is survived by wife, one son and two daughters.

He was sworn in as the Governor of Manipur on May 16, 2015. Mr Ahmed, a former Congress leader from Maharashtra, was shifted to Manipur from Jharkhand, where he was appointed Governor on August 26, 2011 when the UPA Government was in power at the Centre.

Besides dabbling in politics, where he started his career in Congress, Mr Ahmed also had a flair for writing, especially in Urdu. Mr Ahmed held two master's degrees (in Hindi and English) and a doctorate in Urdu.

Mr Ahmed joined the Congress party in 1977. He was elected to the Maharashtra Assembly five times from the Nagpada constituency in Mumbai. He also served as a Minister in Maharashtra, where he held portfolios like Housing.