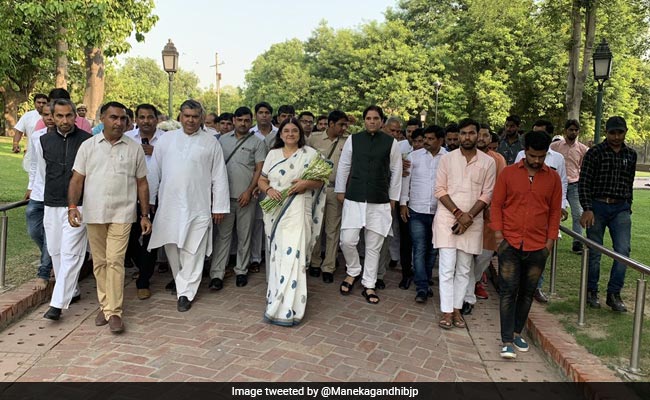 Maneka and Varun Gandhi today paid floral tributes to Sanjay Gandhi on his 39th death anniversary at Shanti Vana amid recital of hymns from the religious texts.

Maneka and Varun Gandhi are wife and son of late Sanjay Gandhi respectively.

Sanjay Gandhi, a former lawmaker died in an air crash in 1980 near Safdarjung Airport in New Delhi. He was flying a new aircraft of the Delhi Flying club, and, while performing an aerobatic manoeuvre over his office, lost control and crashed.

The only other passenger in the plane apart from Sanjay Gandhi was Captain Subhash Saxena, who also died in the crash.