The tiger named 'Kala' was initially captured in July after killing two villagers and injuring four others in Brahmapuri in Maharashtra. It was fitted with a radio collar and later released into a wildlife sanctuary 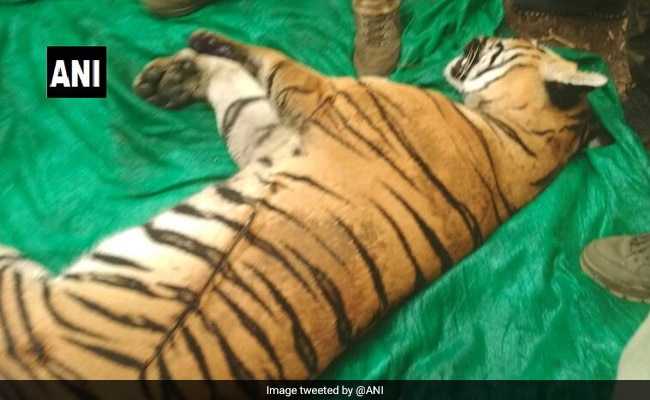 The tiger was released in a reserve in July; it was found electrocuted in Maharashtra's Bramhapuri

New Delhi: A tiger which killed four people in a village in Maharashtra has died after being electrocuted, an official said today, ending a hunt by armed rangers for the beast. A court in Maharashtra issued a shoot-to-kill order on Friday against the two-year-old female tiger after its latest victim, a woman, died earlier this month.

But efforts to capture or kill the tiger were called off after it strayed against an electric fence near a village early yesterday, said Rishikesh Ranjan, field director of Pench Tiger Reserve.

"She died at 2:30 am after getting electrocuted. We have recovered the body," he said. "The fencing was erected by the villagers to keep away wild animals, especially boars."

The tiger named 'Kala' (black) was initially captured in July after killing two villagers and injuring four others in Brahmapuri in Maharashtra. It was fitted with a radio collar and later released into the nearby Bor Wildlife Sanctuary, but went on to attack and kill another two people.

Tigers do not generally attack humans, but some experts believe they can acquire a taste for human flesh after an initial attack.

Promoted
Listen to the latest songs, only on JioSaavn.com
There are some 2,225 tigers in India, more than half of the world's tiger population, according the last count in 2014.