Gautam Adani also confirmed that he would be attending the Bengal Global Business Summit in April next year. 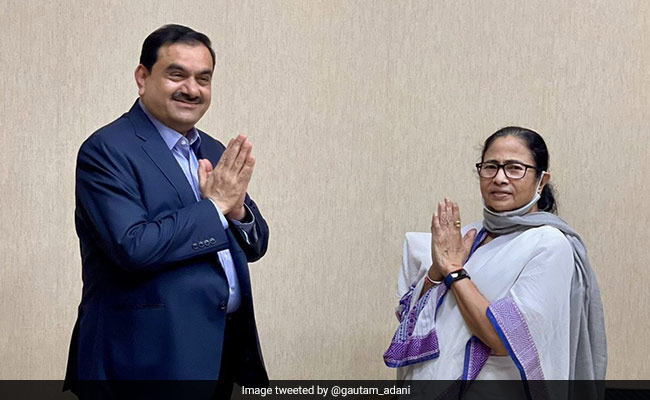 Mr Adani also confirmed that he would be attending the Bengal Global Business Summit in April next year.

According to news agency PTI, the meeting lasted for one-and-half hours.

The meeting came just after Ms Banerjee wrapped up a two-day tour of Mumbai that included meetings with politicians like Sharad Pawar and Aditya Thackeray, as well as prominent civil society members like Javed Akhtar and Swara Bhaskar.

The Trinamool Congress chief's trip came amid the party's expansion drive that has seen it recruit a number of leaders from other outfits with an apparent goal to become a major player in national politics.