It was the second time in the last four days Malaysia expressed the possibility of such a meeting in Davos, during a standoff over Malaysia's criticism of Indian policies. 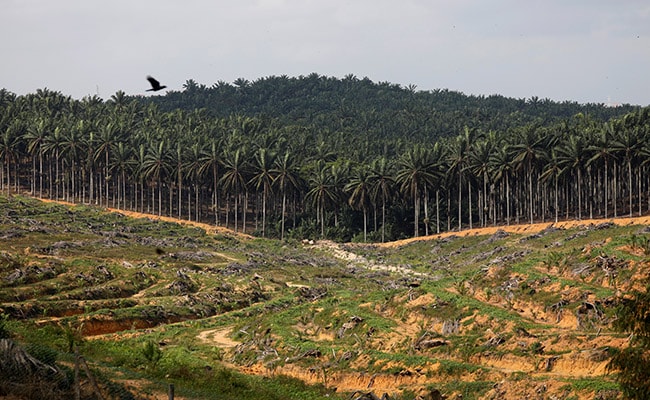 Malaysia is the second biggest producer and exporter of palm oil. (File)

Malaysia's trade minister is open to meeting commerce minister Piyush Goyal at the World Economic Forum gathering this week, his ministry said on Monday, after New Delhi said no such encounter was possible amid a spat over palm oil supplies.

It was the second time in the last four days Malaysia expressed the possibility of such a meeting in Davos, during a standoff between a major supplier and buyer of palm oil caused by Malaysia's criticism of Indian policies.

Malaysia's Ministry of International Trade and Industry (MITI) reiterated that India's commerce ministry first sent a request on December 24 - before New Delhi placed curbs on imports of refined palm oil - for a bilateral meeting between the two ministers in Davos.

"In the spirit of economic partnership between our two nations, Malaysia has made every effort to accommodate the official request by India, but due to the busy schedule of both ministers, a mutually agreeable time has not been reached at the time of this statement," MITI said.

"In the absence of a formal meeting, it is common for interested parties to meet informally and exchange views on the sidelines."

It said MITI minister Darell Leiking "has expressed his openness to such discussion" with his Indian counterpart Piyush Goyal, mainly regarding India's participation in the trade bloc Regional Comprehensive Economic Partnership.

An Indian commerce ministry official, speaking on behalf of the ministry, told Reuters on Sunday that Mr Goyal would not meet Leiking in Davos because of his tight schedule. No other meeting was scheduled between them, he said.

India has been agitated by Malaysian Prime Minister Mahathir Mohamad last month speaking out against a new citizenship law which critics say discriminate against Muslims. PM Mahathir had angered New Delhi last year too when he accused India of invading and occupying Kashmir.

Malaysia, a Muslim-majority nation, is the second biggest producer and exporter of palm oil and India's restrictions on the refined variety of the commodity imposed on January 8 have been seen as a retaliation for PM Mahathir's words.

PM Mahathir, the world's oldest premier at 94, told a small group of reporters including from Reuters on Monday that India's new citizenship law was "grossly unfair".

But he said his nation of 32 million people was too small to take retaliatory action against India following its palm curbs.

Since the restrictions, thousands of tonnes of refined palm oil have been delayed or got stuck at various Indian ports, multiple sources told Reuters.