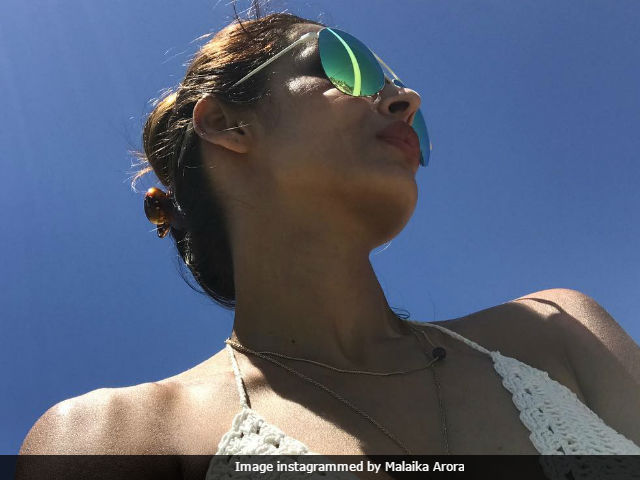 New Delhi: This picture from Malaika Arora's holiday in Spain is bound to make you envious. Malaika Arora, 43, is globetrotting since last week and her latest stopover is in Spain, where she soaked up some sun on a Spanish beach. Malaika wore a white bikini with reflector shades and her hair tied in a top knot as she relaxed to the fullest while clicking selfies. Malaika left Mumbai city soon after celebrating Eid with her ex-husband Arbaaz Khan's family. Malaika's son Arhaan, Seema Khan (Sohail Khan's wife), and her son Nirvaan are Malaika's Spanish holiday entourage. Here's are pics, fresh from Spain:

Under the spanish sky .....#mallorca #sunseasandsurfsangria

Take a look at Malaika giving fashion goals in a resort wear designed by Seema Khan.

Last week, Malaika posted another picture from her vacation in an unknown place - but again by the sea. Malaika also attended an event in Malaysia. Here's a pictorial map of Malaika's whereabouts in the last week:

A post shared by Malaika Arora Khan (@malaikaarorakhanofficial) on Jul 2, 2017 at 8:33am PDT

Malaika was married to Arbaaz Khan from 1998 to 2016. The couple are parents 15-year-old Arhaan.
Comments
malaika aroramalaika arora in spainmalaika arora son