Mahavir Jayanti: Lord Mahavir practised and promoted non-violence and preached love and respect of all living beings. He was the 24th and the last Tirthankara - a spiritual teacher in Jainism, a religion he found on these virtues. 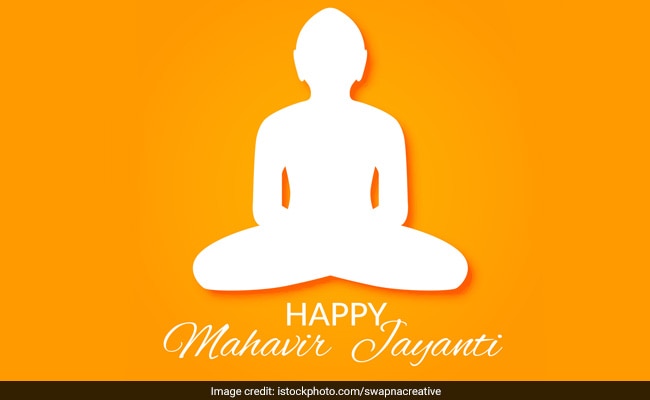 Mahavir Jayanti is a significant day for the Jain community as it is birth anniversary of lord Mahavir.

Mahavir Jayanti or Mahaveer Janma Kalyanak marks the birth anniversary of Lord Mahavir, the founder of Jainism. He was the 24th and the last Tirthankara – a saviour and a spiritual teacher in Jainism. A significant day for the Jain community, Mahavir Jayanti is being celebrated today, April 17. The date of Mahavir Jayanti changes every year in accordance with the Hindu calendar as it is celebrated on the thirteenth day of the month Chaitra. According to the English calendar, it varies between the months of March or April.

Lord Mahavir practised and promoted non-violence and preached love and respect of all living beings. On these values, he later found a new religion – Jainism. Jains steer clear of all non-vegetarians dishes and follow the path of non-violence or ahimsa. Mahavir Jayanti is a reminder of these virtues.

Born in the palace of Vaishali to King Siddhartha and Queen Trisala, Lord Mahavir took over the kingdom when he came of age. After ruling the kingdom for over 30 years, he decided to give it up to seek enlightenment.

Celebrations on Mhavir Jayanti,  one of the most auspicious day for the Jains, vary between communities across the world. Usually an idol of Lord Mahavira is carried on a chariot which is then taken on a procession or Rath Yatra. The devotees chant “Bhajan” in praise of Lord Mahavira's contributions. The idol is then given a ceremonial bath or an Abhisheka. Devotees participate in charitable works in an attempt to give back to the society. They also visit temples that are dedicated to Lord Mahavira and organise prayer meets. The priests of the Jain community hold lectures to preach the path of virtue that defines Jainism.

Like any other festival, food plays an important role in Mahavir Jayanti celebrations. The Jains follow a satvik diet and abstain from onions and garlic. Their central idea is to consume fresh meals made from natural products causing minimum harm to living creatures. Other important aspects of the Jain philosophy of food includes eating food before sundown, mainly to spare the creatures that come out in the dark and eating fresh and healthy. Besides staying away from root vegetables and tubers, Jains also don't include mushrooms and other edible fungi as well as edible yeasts in their diet. They believe that eating these things would mean killing the parasites on them, which in turn would attract bad Karma.