The statue, situated at a park in Washington DC, was vandalised on June 3 during the George Floyd protests. 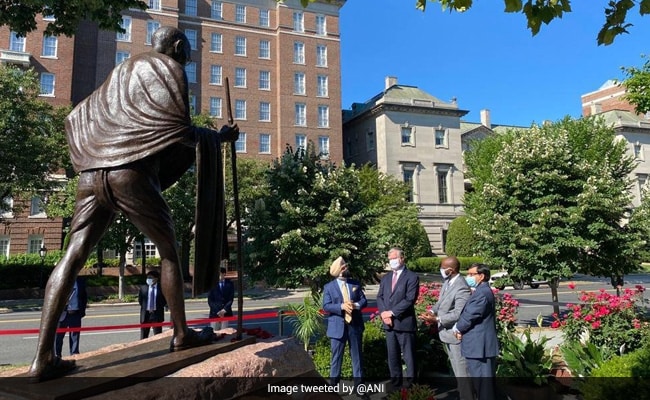 The statue, situated at a park in Washington DC, was vandalised on June 3 during the George Floyd protests. Post the desecration, an expert was called in to refurbish Mahatma Gandhi's statue.

Expressing disappointment on the incident, deputy secretary of State Stephen Biegun had earlier apologised for the incident.

The matter was reported immediately to the State Department and Deputy Secretary of State had called the Indian ambassador to address the issue.

The Indian Embassy in the US also registered cases with the Metropolitan Police and the National Park police, and the matter is being investigated. The US officials have also requested to be associated with the restoration of the statue.

The statue was vandalised with graffiti and spray painting, prompting the mission to register a complaint with the local law enforcement agencies.

The desecrated statue of Mahatma Gandhi, the design of which was created by Gautam Pal, was later covered and the site has been cleaned up.