Maharashtra Election 2019: Farmer Allegedly Hangs Himself From Tree Over 2 Lakhs Loan In Maharashtra

Farmer suicides have emerged as a key issue in the 2019 Assembly elections, with the ruling BJP-Shiv Sena alliance refusing to take responsibility for the 12,021 deaths 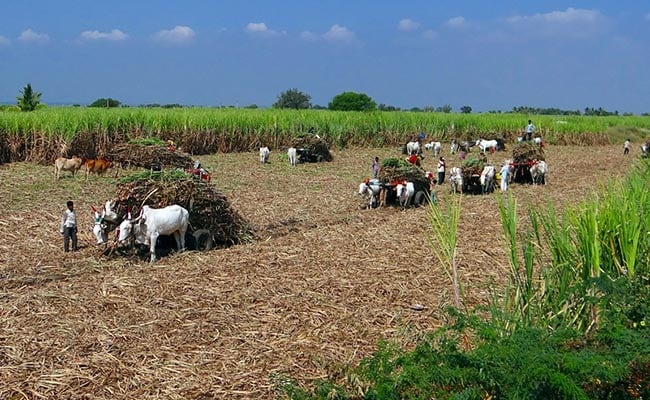 It is believed that the farmer had run up debts, says police (File)

A farmer in Buldhana district of Maharashtra allegedly committed suicide this morning over outstanding loans worth Rs 2 lakhs.

The body of Raju Gyandare Talware, 35, which was found clothed in a BJP t-shirt with the caption "punha aaluya aaple sarkar (bring our government back to power)", was found hanging from a tree near his residence in Khatkhed village, which falls under the Jalgaon Assembly seat currently held by BJP MLA Sanjay Kutte.

Prime Minister Narendra Modi was in Jalgaon today to address an election rally and Chief Minister Devendra Fadnavis is scheduled to address three election rallies in Buldhana district ahead of Assembly polls on October 21.

"It is believed that Talware had run up debts. The truth will be known after a detailed probe. We have registered a case," a police officer from Shegaon Police Station was quoted as saying by news agency PTI.

Farmer suicides have emerged as a key issue in the 2019 Assembly elections, with the ruling BJP-Shiv Sena alliance refusing to take responsibility for the 12,021 deaths, for reasons ranging from unpaid bank loans to crop failure, between 2015 and 2018.

Widespread drought earlier this year exacerbated the problem, with nearly 6,500 tankers deployed across the state. More than 3,300 of those tankers were in Marathwada district where 4,699 farmers committed suicide in a three-year period up to 2018.

"Farmer suicides are the sin of Sharad Pawar and his government in Maharashtra. It started and increased during your regime," he declared, adding, "Pawar is talking about farmer suicides in his rallies in Vidarbha. I want to ask him, who was in power in Maharashtra when farmers started committing suicides".

Congress leader Rahul Gandhi, also on the campaign trail in Maharashtra today, hit out at the state government from Latur district, highlighting the toll the economic slowdown had taken on farmers.

Assembly polls in Maharashtra will be held on October 21 with results due three days later. The BJP and the Shiv Sena will contest the election together against the Congress-NCP alliance that managed only a combined 83 seats in 2014 polls; the BJP won 122 in the 288-seat Assembly to emerge as the single-largest party and the Sena won 63.