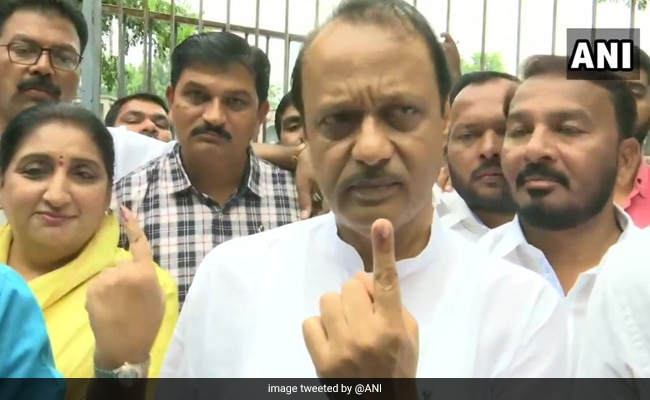 Former chief minister Ashok Chavan and the current BJP-led Maharashtra government's school education minister Ashish Shelar were among the early ones to cast their votes for the state Assembly polls on Monday.

Politicians as well as members of the public came out to exercise their democratic right in the morning despite rain in some parts of the state.

Chavan and his family members cast their votes at the Ambedkar Nagar Municipal school in Nanded district.

In Mumbai, where it has been drizzling since last two days, Shelar exercised his franchise at St Stanisluas High school in suburban Bandra.

Chavan is the Congress' candidate from Bhokar in Nanded for the ongoing state polls, while Pawar is the NCP''s nominee from Baramati.

Former cricketer Sandeep Patil, who was also among the early voters at Shivaji Park in Mumbai, said more than the party, the merit of an individual candidate was important.

"We should vote for candidates who work for their constituencies," he said.

Polling began on Monday morning in all 288 Assembly constituencies of Maharashtra where 3,237 candidates, including 235 women, are in the fray.

The voting commenced at 7 am and will end at 6 pm.

(Except for the headline, this story has not been edited by NDTV staff and is published from a syndicated feed.)
Comments
Maharashtra Assembly Election 2019