Chief Minister Eknath Shinde also announced the pension scheme for freedom fighters will cover those in the areas claimed by Maharashtra but in the administrative control of the neighbouring state. 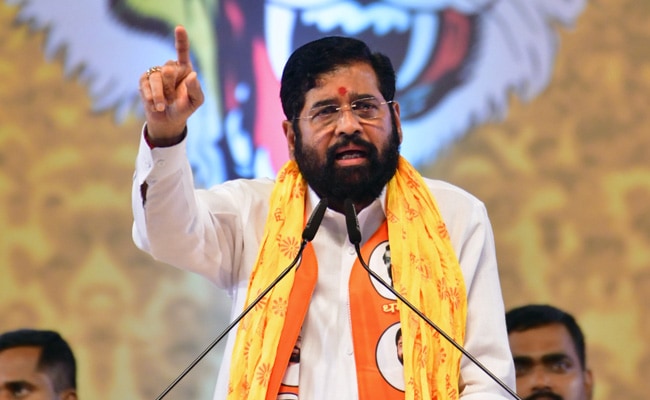 Maharashtra has been entangled in a dispute with Karnataka over the status of Belgaum.

The Eknath Shinde government on Monday appointed ministers Chandrakant Patil and Shambhuraj Desai to coordinate with the legal team regarding the court case on the border dispute between Maharashtra and Karnataka.

Chief Minister Eknath Shinde also announced the pension scheme for freedom fighters will cover those in the areas claimed by Maharashtra but in the administrative control of the neighbouring state.

He added his government was positive about extending benefits of the Mahatma Phule Jan Aarogya Yojana to people living in these areas.

Maharashtra, since its inception in 1960, has been entangled in a dispute with Karnataka over the status of Belgaum (also called Belagavi) district and 80 other Marathi speaking villages, which are in the control of the southern state.

Eknath Shinde, who appointed Patil and Desai after a holding a meeting regarding the ongoing case, said, "Late Balasaheb Thackeray was always a staunch supporter of state's demand to make Belgaum a part of Maharashtra. We have concentrated our focus on solving the issue. If required, the number of lawyers would be increased. We will soon meet Prime Minister Narendra Modi and Union home minister Amit Shah regarding the issue."

The Chief Minister also asked a delegation of residents of Belagavi and neighbouring areas to maintain proper communication with the Karnataka government regarding providing of necessary facilities as well as usage of Marathi in day-to-day affairs in the disputed areas.

The state government has also appointed senior advocate Vaidyanathan to represent Maharashtra in the case in the Supreme Court.

While Mr Patil is the higher and technical education minister, Mr Desai holds the excise portfolio.