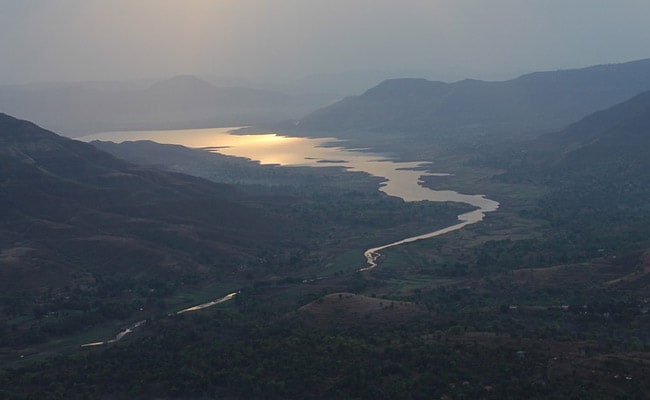 The most popular hill station in western India, Mahabaleshwar, which earned the distinction of being the wettest place on Earth this monsoon, added another record to its credit on Wednesday, said a top official.

The rainfall in the district has crossed a whopping 8000 mm (800 cms) mark on Wednesday, said Deputy Director-General of Meteorology K. S. Hosalikar.

"The Mahabaleshwar rainfall has crossed the 8000 mm mark to notch 8012.1 mm on Wednesday. The monsoon season's normal for the hill station is 5530.1 mm, Hosalikar told mediapersons here.

The IMD official added that during this year's bountiful monsoon, Mahabaleshwar crossed the 300 mm rainfall mark in a 24-hour period several times.

Cherrapunji in Meghalaya of North-East India, which once held the distinction of being the wettest place on the planet, lost its privileged position to the neighbouring Mawsynram, which gets over 11,870 mm rains annually. However, Cherrapunji has fallen behind with 11,777 mm rains annually.

Situated at an altitude of 4,440 feet or 1,353 metres, good rains augur well for Mahabaleshwar, also known as 'strawberry country' accounting for 85 percent of the country's production on its gentle slopes in the Western Ghats.

As many as five major rivers originate from this hill station, including the fourth-biggest of India - River Krishna, which flows 1,400 kms through Maharashtra, Karnataka, Telangana, Andhra Pradesh before emptying into the Bay of Bengal. The other rivers are Koyna, Venna, Savitri and Gayatri.

Though Mahabaleshwar, and its neighbouring twin Panchgani at an altitude of 4,242 feet or 1,293 metres, are a favourite with tourists during monsoons, the incessant heavy downpour has hit the tourism industry badly this year.

Barely an hour's drive from here is the world-famous Kaas Plateau, named a UNESCO World Natural Heritage Site (2012) - or the 'Valley of Flowers' where tourists throng from all over the world between August and October.

(Except for the headline, this story has not been edited by NDTV staff and is published from a syndicated feed.)
Comments
MahabaleshwarMaharashtraMonsoon