The family members claimed that despite their repeated pleas, no further action was taken against the accused by the police. 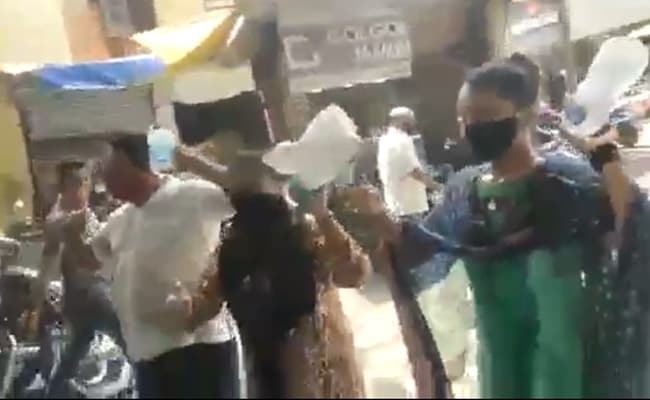 The incident took place in front of the Ulhasnagar police station.

A woman and her parents tried to commit suicide outside a police station in Maharashtra's Thane district while alleging inaction by police in a rape case, but their attempt was foiled by security personnel, officials said on Thursday.

A video of the incident, which took place in front of the Ulhasnagar police station on Wednesday, went viral on social media.

In the clip, the three family members were seen shouting and dousing themselves in kerosene. They were about to set themselves on fire, but some police personnel, including women security staff, took away their lighter and pinned them down.

Notably, based on a complaint earlier filed by the parents in connection with the alleged rape of their daughter, the Ulhasnagar police in July this year registered a rape case against two persons from the township.

In the video, the three family members were seen claiming that despite their repeated pleas, no further action was taken against the accused by police.

The video also showed the three being taken inside the police station where the security staff tried to pacify them.

When contacted, local police inspector and other senior officials refused to comment on the incident, saying it was a sensitive matter.