They Thought Crocodile Swallowed Boy. This Was Their Plan To Retrieve Body

A team from the police and forest department rescued the reptile captured by residents of Rijhenta village on Monday, an official said. 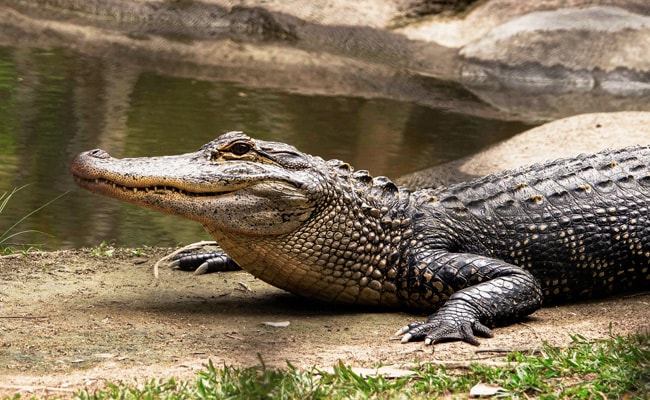 People allegedly witnessed the crocodile taking away a boy while he was bathing.

A crocodile was captured by residents of a village who insisted that the reptile had swallowed a 10-year-old boy bathing in a river in Madhya Pradesh's Sheopur district, police said on Tuesday.

A team from the police and forest department rescued the reptile captured by residents of Rijhenta village on Monday, an official said.

A large number of villagers gathered at the scene and captured the crocodile using a net, insisting that the child was still alive in its stomach, he said, adding that some villagers wanted to slit open the reptile's stomach.

However, the authorities explained to the villagers that they will not find the child in the crocodile's stomach and a search for the boy's body was launched in the river.

Following a search, the boy's body was fished out of the river on Tuesday morning, and was handed over to his family after post-mortem.