Witchcraft Performed On Man In Madhya Pradesh Hospital For Snakebite

The incident occurred after a man was admitted to the hospital after getting bitten by a snake. 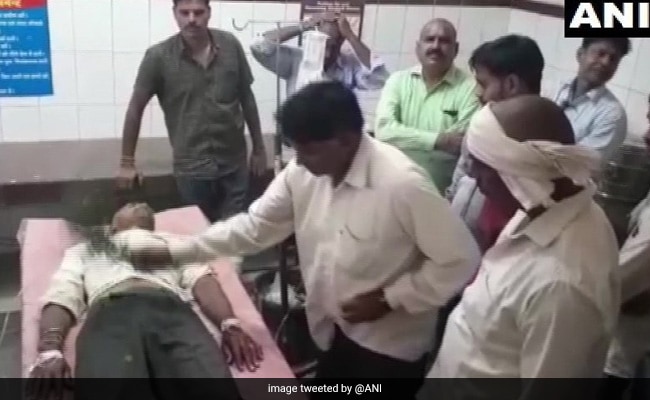 A person can be seen performing witchcraft on the snake bite victim by using neem sticks.

In a bizarre incident caught on camera, a snakebite victim was seen being treated by witchcraft inside the emergency ward of the district hospital in Sheopur.

"The matter has come into my notice, if it's true, then performing witchcraft inside the hospital is a wrong thing to do. The matter will be investigated and action will be taken against the people who are responsible for this," said SN Bindal of the district hospital.

The incident occurred after a man, identified as Yogendra Singh Rathore, was admitted to the hospital after getting bitten by a snake.

In a video of the incident, a person can be seen performing witchcraft on the snakebite victim by using neem sticks.

Hospital authorities have stated that they will investigate the matter and take appropriate action.

"Would've Been Greeted With Vicious Dogs, Weapons": Trump On US Protesters