Just after taking charge as Madhya Pradesh Chief Minister, Kamal Nath had provoked a controversy with his comments on migrants from Uttar Pradesh and Bihar . 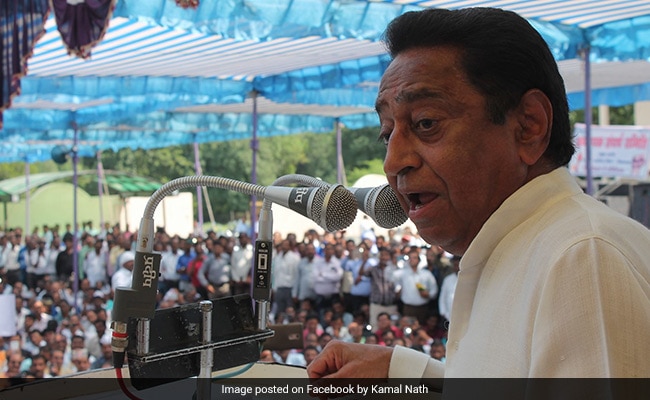 The Madhya Pradesh government is planning to bring a law that will ensure that the people of the state will get preference in 70 per cent of the jobs in the private sector, Chief Minister Kamal Nath informed the state assembly on Tuesday.

"When I took oath as the state's Chief Minister in December 2018, I had announced that private sector industries will have to give preference to local youths of Madhya Pradesh in at least 70 per cent jobs in order to get incentives from the state government. Now we are contemplating to bring a law in that direction," the Chief Minister said in the state assembly in response to a question.

"When I had made the announcement after being sworn in as Chief Minister of the state, I was criticized, particularly in UP and Bihar, more due to political compulsions. But we are mulling to bring a law to provide preference in 70 per cent jobs to domicile youths of MP in private sector industries," he added.

Just after taking charge as Madhya Pradesh Chief Minister, Kamal Nath had provoked a controversy with his comments on migrants from Uttar Pradesh and Bihar taking jobs in the state at the cost of its residents. The BJP had demanded Congress president Rahul Gandhi's apology for the comments.

"Lot of industries are set up in which take people from other states, like Uttar Pradesh and Bihar. I don't want to criticize them, but the young people of Madhya Pradesh remain deprived," Kamal Nath had said.

Kamal Nath's comment had upset his party's allies at the time in Bihar and Uttar Pradesh.

The Chief Minister on Tuesday also cited his earlier decision offering  jobs in new industries to locals. "An order dated December 19, 2018 makes it clear that locals would be preferred in jobs," he said, adding the Industry Promotion Policy 2014 also specified that industries which availed benefits of the government schemes were bound to prefer locals for jobs.