Lokesh Jangid sought three years' deputation to home state Maharashtra citing personal reasons. But in the leaked posts, he indicated that it was due to repeated transfers because of his inability to tolerate corruption. 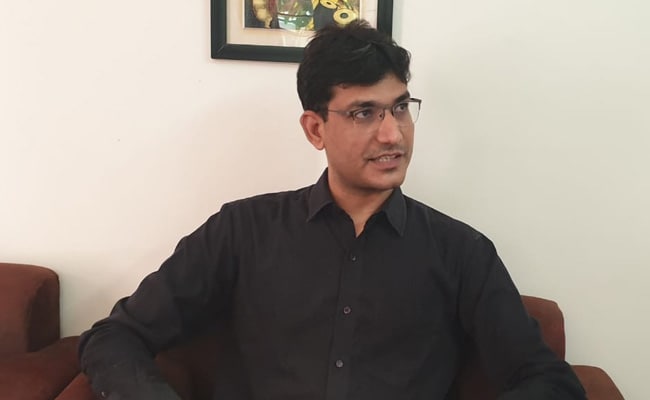 An IAS officer in Madhya Pradesh has been sent a show cause notice by the government following his corruption allegations against the state's bureaucrats on a private social media group of IAS officers, which got leaked. Lokesh Jangid sought three years' deputation to home state Maharashtra citing personal reasons. But in the leaked posts, he indicated that he was being repeatedly transferred because of his inability to tolerate corruption. In four-and-half years, he claimed he was transferred nine times.

The state government issued showcause notice to the officer for "indiscipline" and sought reply within a week. Confirming the notice, cabinet minister Vishvas Sarang said transfers and postings are routine administrative procedure.

"The same officer was transferred even during the Congress regime, so how has he become so dear to the Congress now? No officer is bigger than the system. Every officer has to abide by civil services conduct rules, which have been violated by the concerned officer," the minister said.

The opposition Congress has attacked the BJP government, claiming that Mr Jangid was transferred from Barwani over exposing corruption in purchase of medical equipment during the Covid pandemic. State Congress spokesperson Narendra Saluja said the Chief Minister and the ministers and bureaucrats responsible come clean.

In one of his posts in the closed private group, Mr Jangid wrote, "In Bihar they don't make anyone DM who mints money. In MP, the less said the better."

"Stability of tenure in Madhya Pradesh and the joke of an institution called Civil Service Board," read another post. "Interestingly, while those who mint money from all kinds of mafia, get transfer from field to field. And those with impeccable integrity get thrown to Secretariat on transfer," read a third.

He even announced his intention to write a book after retirement to "bring the facts before everyone".

Mr Jangid's last transfer was from the post additional collector of Barwani district to additional mission director at Rajya Shiksha Kendra in Bhopal on May 31.

The 2014 batch IAS officer wrote that the transfer happened after the present Barwani district collector Shivraj Singh Verma turned Chief Minister Shivraj Singh Chouhan against him as his interests were being hampered. The Chief Minister and the Collector, he pointed out, both belong to the Kirar community. Their wives were office bearers in the Kirar Mahsabha.

The bureaucrat also had stinging criticism for his seniors. "Of course who's who in bureaucracy are mere Nero's Guests these days," he wrote.

The posts drew an irate response from a senior bureaucrat, who advised him to "have some decency" and delete all his posts. Mr Jangid refused and said they could remove him from the group. He was subsequently removed.

Talking to NDTV, the young IAS officer confirmed the posts but refused to elaborate on the contents and expressed ignorance about how the leak happened.

"I have requested for inter cadre deputation for three years to Maharashtra for pressing family concerns," he said.

Asked whether his recent transfer was the reason for his request for a shift, Mr Jangid said, "Transfers and postings are a prerogative of every government. I have nothing to complain about the government. My fields assignments since my first posting as SDM-Vijaypur in Sheopur district have given me immense satisfaction, particularly the satisfaction of working to my best ability in tribal areas."