Suffering from mental derangement, he was found, earlier this week, in a completely disheveled state, shivering with cold. 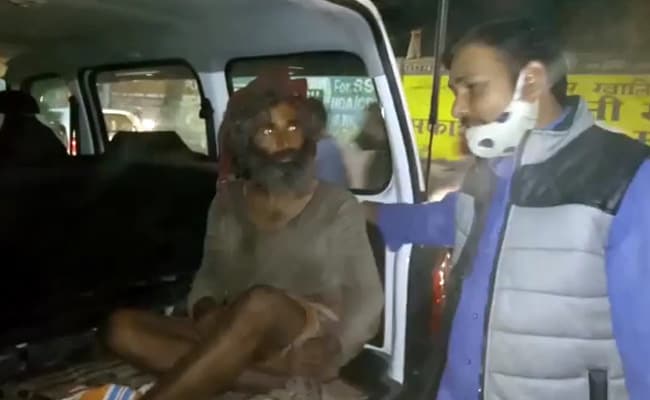 The cop, who had gone missing in 2005, was found in Gwalior, shivering and searching for left-over food.

A police officer who had gone missing 15 years ago was accidentally found by two of his colleagues on the footpath Gwalior.

Suffering from mental derangement, he was found, earlier this week, in a completely disheveled state, shivering with cold.

Deputy Superintendents of Police Ratnesh Singh Tomar and Vijay Singh Bahadur were driving along a marriage hall in the city on Tuesday night when they spotted a man who looked like a beggar.

He was searching for left-over food while shivering badly.

Moved by the sight, the two officers got down and one of them offered him his warm jacket.

They were shocked when the man called them by their first names, Mr Tomar told reporters on Saturday.

They realized that he was none else but their former colleague Manish Mishra, who had gone missing in 2005 while being posted as an inspector in Datia.

"All these years, nobody knew his whereabouts," said Mr Tomar, now DSP of the Gwalior crime branch.

Mr Tomar and Bahadur took him to a shelter run by an NGO where he will stay for some time till further arrangements are made.

"Mishra was a good athlete and sharp-shooter who joined the police force along with us in 1999. He began to suffer from mental issues after some years. His family got him treated, but one day he went missing," Mr Tomar said.

"We, his friends, will try and get the best treatment available for him so that he becomes his normal self again," the DSP added.