Family members clarified that his real name is Hemraj Maravi and it was changed to 'Pesa' just for a day, upon a request from government officials 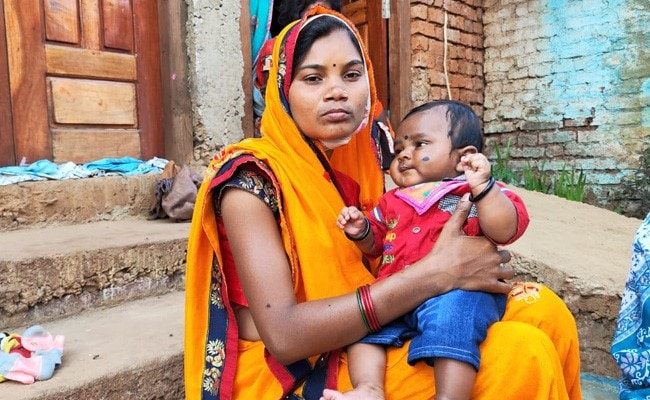 The naming, or rather renaming, of a baby in a tribal area of Madhya Pradesh by Chief Minister Shivraj Singh Chouhan has now snowballed into a controversy.

Mr Chouhan had named a three-month-old baby as 'Pesa', after the PESA Act, during his visit to Dindori last Friday, as part of his government's initiative to raise awareness on tribal welfare. The PESA Act stands for Panchayats Extension to Scheduled Areas.

However, the baby's family members later clarified that his real name is Hemraj Maravi and that it was changed to 'Pesa' just for a day, upon a request from government officials.

According to sources, this naming was done in the presence of the Chief Minister just for accolades. When NDTV tried to reach out to the local administration for comments, they refused to speak.

According to reports, local resident Deepmala had come to attend the Chief Minister's outreach programme, along with her three-month-old baby. When Mr Chouhan saw the baby in the crowd, he met him and named him 'Pesa'.

However, when NDTV reached the village, the child's mother and other relatives clarified that his real name is Hemraj Maravi, as registered in the birth certificate.

The family members claimed that a day before the Chief Minister's visit, two people, who identified themselves as government employees, came to their house and it was on their request that the child's mother attended the CM's programme.

The child's grandmother Sukhvati Maravi also said "we had named him Hemraj, but when the Chief Minister came, he was named as 'Pesa'".

Relatives said that just for one day they had agreed to change the name of the child on the request of government officials.

Ruling BJP and opposition Congress are now at loggerheads on this issue.

BJP spokesperson Pankaj Chaturvedi blamed the Congress for what he claimed to be a false propaganda. He said the child's family had agreed to 'Pesa' as a nickname in the presence of the CM.

Refuting the BJP's claims, Congress spokesperson Avneesh Bundela said: "This is against Hindu tradition and culture. It's a mockery of the common man. How can you name a child without the consent of the family?"

During his Dindori visit, the Chief Minister said that the PESA Act is a social revolution in empowering "gram sabhas" (village councils) in tribal development blocks. Mr Chouhan added: "We have ensured that now the government will run from chaupal (rural community space) and not from Bhopal. Today I have come to give you the right to water, forest and land."