The book, "Guinness World Records 2020", lists thousands of new record titles and holders that will "educate and entertain curious readers of all ages" 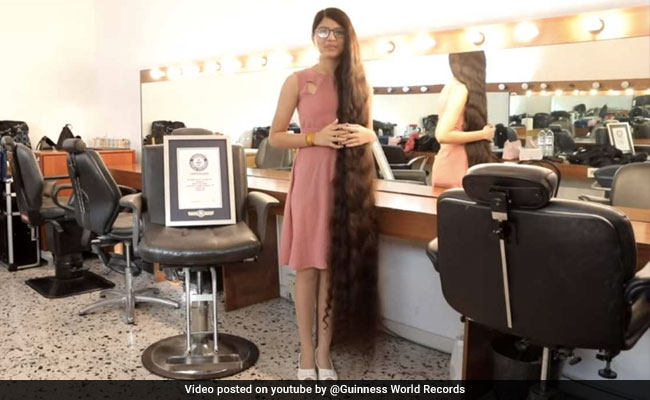 The longest hair on a teenager, the shortest woman alive, and the largest collection of paper cups are among the 80 record breaking achievements by Indians that have made it to the latest edition of the Guinness World Records, publisher Penguin Random House announced Thursday.

The book, "Guinness World Records 2020", lists thousands of new record titles and holders that will "educate and entertain curious readers of all ages" across topics such as the classics - amazing animals, jaw-dropping geography and spectacular sporting achievements - to the cutting-edge - including streaming, viral sports, robots, and artificial intelligence.

While 16-year-old Nilanshi Patel recorded the longest hair on a teenager for her 5 ft 7 inches long hair, Jyoti Amage of Nagpur made the cut for her 24.7 inch height, making her the shortest woman living (mobile).

The record of "longest fingernails on a single hand" was achieved by Shridhar Chillal from Pune City who boasts of an aggregate length of 909.6 cm (358.1 in) on his left hand.

Jotshna Mishra and Durga Charan found themselves a place in the records for "The longest journey by scheduled public transport in a single country" by travelling for 29,119 km across India, from February 18 to March 30, 2018.

V Sankaranarayanan from Tamil Nadu recorded the largest collection of paper cups with 736 units, while Naveen Kumar recorded the fastest time to skate under 10 bars at 2.06 seconds, the book noted.

The book also features some achievements, definitely not worth being proud of.

Like, the record for the most polluted city in the world was achieved by Kanpur in Uttar Pradesh with an average PM2.5 level of 173 micrograms per m3 for 2016, over 17 times higher than the WHO recommended standards.

The book hit stands on Thursday.

(Except for the headline, this story has not been edited by NDTV staff and is published from a syndicated feed.)
Comments
Guinness World RecordsIndia guinness world record