Trailers Of Mamata Banerjee Biopic To Be Taken Down, Says Poll Body

The trailers of "Baghini", which means tigress in Bengali, will be removed from at least three websites. 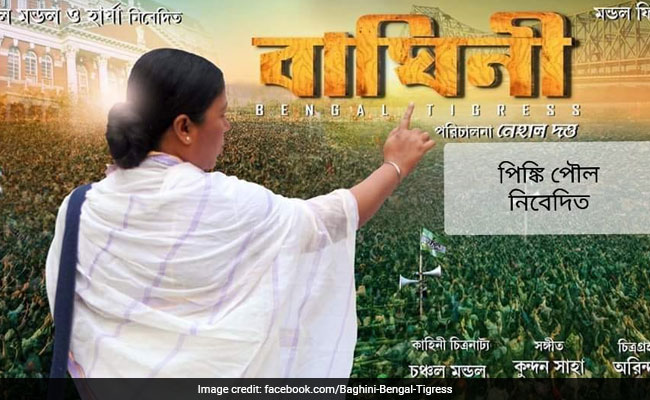 "Baghini", a biopic on Mamata Banerjee, was slated to be released on May 3

The Election Commission has initiated steps to take down the trailer of a biopic on West Bengal Chief Minister Mamata Banerjee after the BJP sought a ban on the release of the film till the national elections were over.

The trailers of "Baghini- Bengal Tigress", will be removed from at least three websites. The chief electoral officer of West Bengal submitted a report on the film based on Trinamool supremo and firebrand leader Ms Banerjee.

The movie was slated to be released on May 3, three days before the fifth phase of national elections in which Bengal also votes. The trailer of the film was released on April 13 which stars Ruma Chakraborty in the title role.

This comes amid the controversy surrounding the biopic on PM Narendra Modi which was slated to release on April 12, also during elections.

In an April 10 order, the Election Commission stayed the release of "PM Narendra Modi", saying that "any biopic material in the nature of biography/hagiography sub serving the purposes of any political party or any individual entity connected to it, which is intended to, or which has the potential to disturb the level playing field during the elections, should not be displayed in electronic media including cinematograph during the operation of MCC".

The Election Commission official cited the same order for initiating action on the Mamata Banerjee biopic. The movie has been directed by Nehal Dutta and produced by Pinky Paul.

Based on the same order, the Election Commission had on Saturday directed Eros Now to immediately take down a web series on Prime Minister Narendra Modi and all related contents till further orders.

The order said the streaming of five-episode web series, "Modi - Journey of a Common Man", should be "stopped forthwith".

The last of the seven phases of the Lok Sabha election will be held on May 19 and counting will be done on May 23.