Tripura has two Lok Sabha seats - West Tripura and East Tripura. Election to the East Tripura seat will be held on April 18 during the second phase. 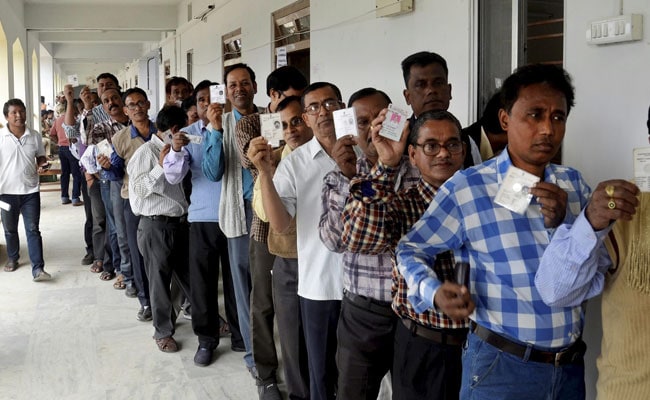 The stage is set for over 13 lakh voters to exercise their franchise for the West Tripura Lok Sabha seat which would go to the polls on Thursday.

Chief Electoral Officer, Sriram Taranikanti said, elections would begin at 7 am and would continue till 5 pm and adequate security arrangements have been made.

"Adequate security measures have been taken, 99 per cent voters have received their voter slips, 30 polling stations would be fully manned by women and a total of 3030 postal ballots have been cast so far for the West Tripura parliamentary constituency," Mr Taranikanti told reporters.

Altogether, 13 candidates including BJP's Pratima Bhowmick, CPI(M) nominee Shankar Prasad Datta and Subal Bhowmick of the Congress are in the fray.

Director General of Police Akhil Kumar Shukla said 64 companies of Central Arms Police Forces (CAPFs) have been deployed in different areas of the state along with state police and Tripura State Rifles (TSR) for the first phase of the polls.

The DGP said since the declaration of the poll schedule 1570 non-bailable and permanent warrants have been executed, 60 election related cases were registered, 44 accused persons arrested.

Mr Shukla said the BSF has sealed 856 km long Indo-Bangla international border in Tripura so that no untoward elements could enter into Indian territory to carry out any subversive activity.

He said 21 polling stations were identified as vulnerable and 111 as critical in West Tripura constituency.

Tripura has two Lok Sabha seats - West Tripura and East Tripura. Election to the East Tripura seat will be held on April 18 during the second phase.