Lok Sabha elections 2019 results: PM Narendra Modi has said that his party, BJP, will win a historic second term with a full majority after completing a five-year term in power 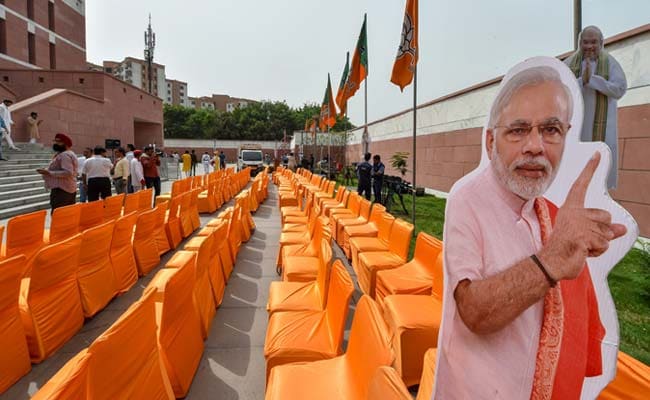 Lok Sabha elections 2019 results: The BJP is looking at a massive win; exit polls show it will win (File)

The BJP, confident of winning the national election and returning to power with a huge majority, has asked some 20,000 workers to come to the party headquarters in Delhi this evening. The large gathering is being planned for a grand welcome for Prime Minister Narendra Modi, said party leaders.

The party has also asked all its winning candidates to reach Delhi by May 25.

Exit polls have predicted that the BJP-led National Democratic Alliance will win 300-plus seats in the 543-member Lok Sabha.

PM Modi has said that his party will win a historic second term with a full majority after completing a five-year term in power.

The opposition Congress and its allies have been given 122 seats by exit polls, but the parties have dismissed the predictions. "Do not get demoralized by the fake exit polls doing the rounds," Congress President Rahul Gandhi said in a message to party workers posted on social media on Wednesday. 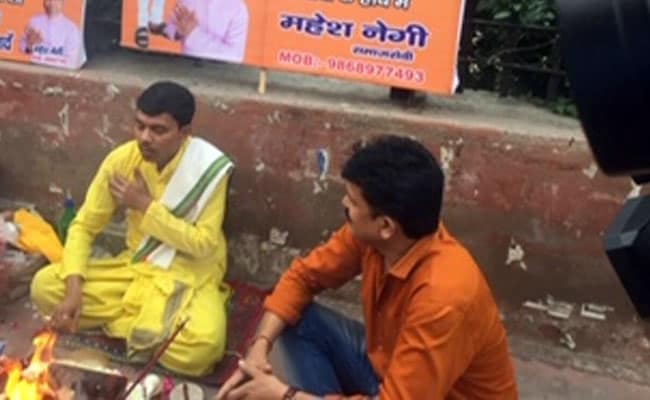 Elections were held on 542 of the 543 Lok Sabha seats and a party or alliance needs 272 seats to form the government.

The NDA held a meeting on Tuesday, at which PM Modi was garlanded with flowers by members of the alliance.

The NDA promised to double farmers' income and boost infrastructure spending over the next five years.

Stocks posted their biggest gain since September 2013 on Monday after the exit polls and could rally further on Thursday if the trend is confirmed, according to a Reuters poll.