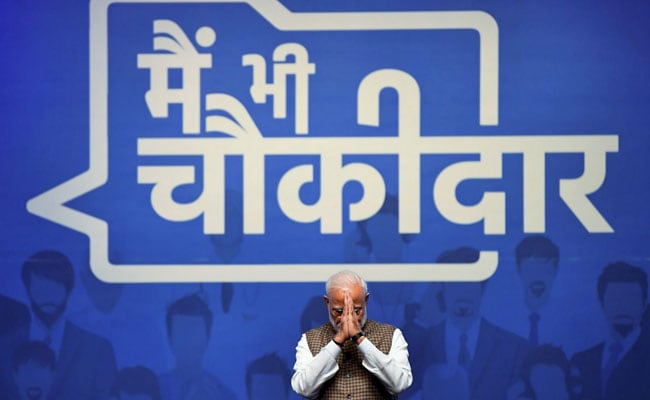 Prime Minister Narendra Modi's total assets grew 52 per cent since 2014. He declared total assets of Rs 2.51 crore in his affidavit with the Election Commission when he filed his nomination on Friday from Varanasi constituency for the Lok Sabha election.

The Prime Minister's movable assets nearly tripled from Rs 51 lakh in 2014 to Rs 1.41 crore this year. He declared immovable assets worth Rs 1.1 crore on Friday.

The main sources of PM Modi's income are his salary and interest received on bank deposits. The Prime Minister had Rs 38,750 in hand as on March 31 this year.

He declared no liabilities, though the income tax department owes him a projected returns of Rs 85,145 and the Prime Minister's Office has to give him Rs 1,40,895.

PM Modi has a balance of Rs 4,143 in a State Bank of India account in Gandhinagar, Gujarat. He owns a property in Gandhinagar that he bought in 2002 for Rs 1,30,488; its current market value is approximately Rs 1.1 crore.

PM Modi in his affidavit said he does not have any criminal case against him. His holds a Master of Arts degree from Gujarat University, Ahmedabad, according to his affidavit.

Congress chief Rahul Gandhi had also declared his assets on April 5; it rose from Rs 9.4 crore to Rs 15.88 crore over the last five years. Mr Gandhi's affidavit showed he does not own a car and has liabilities of around Rs 72 lakh. He has Rs 40,000 in-hand cash.