PM Modi To Visit Amethi On Sunday, His First Since 2014 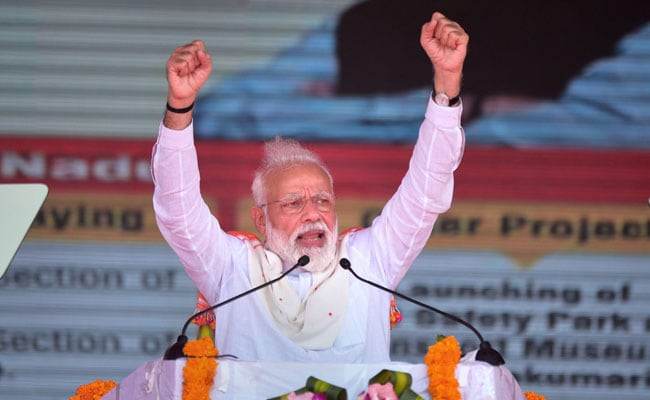 Prime Minister Narendra Modi will address a public meeting and lay the foundation stone of an ordnance factory unit in Amethi, the parliamentary constituency of Congress president Rahul Gandhi, in Uttar Pradesh on Sunday.

PM Modi is expected to launch several projects in the constituency which has remained loyal to the Gandhi family for long.

This would be PM Modi's first visit to Amethi after coming to power in 2014. He visited the neighbouring Rae Bareli constituency, represented in Lok Sabha by UPA chairperson Sonia Gandhi, in December.

According to official sources, PM Modi will address a public meeting in Kauhar area of Gauriganj and will launch some projects besides laying the foundation stone of a new unit of the Munshiganj Ordnance Factory, where assault rifles will be made in collaboration with Russia, on Sunday.

PM Modi previously visited Amethi on May 5, 2014 and the BJP, which had fielded party leader Smriti Irani against Rahul Gandhi in 2014 general election, had managed three lakh votes.

Ms Irani has been camping in the constituency since and is expected to contest again in the coming poll, expected to be held in April-May.

State BJP general secretary Govind Narain Shukla, who is the convenor of the prime minister's public meeting, said, "It will be a historic meeting in Kauhar with over 1.25 lakh people likely to attend it."

In 2017 Uttar Pradesh Assembly elections, the BJP had won four of the five assembly constituencies under Amethi Lok Sabha seat, with SP winning one.

Meanwhile, Congress workers have objected to the white-washing of the wall paintings of their leader, Rahul Gandhi, near the meeting venue.

Mr Gandhi's representative, Chandrakant Dubey, said white-washing the paintings of the local MP was "very sad and unfortunate" and only shows the intolerance of BJP leaders and workers.