Lok Sabha Election 2019 7th Phase: 10 Battles To Look Out For In Final Round Of Mega Polls

Lok Sabha Election 2019: Over 10.17 crore voters across seven states and one Union Territory will decide the fate of 918 candidates including Prime Minister Narendra Modi. 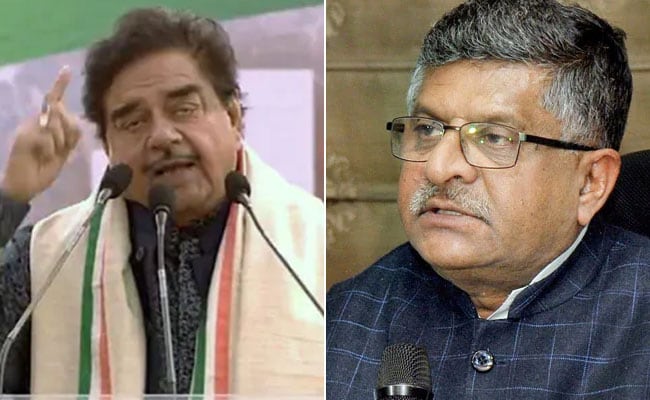 Election 2019 Phase 7: Fifty nine seats in seven states are voting in this phase.

Fifty nine seats in seven states are voting today in the final round of the mammoth national election that began last month, with several heavyweights including Prime Minister Narendra Modi facing the electoral test. The fate of 918 candidates, including Shatrughan Sinha, Ravi Shankar Prasad, Sunny Deol, Kirron Kher and Misa Bharti will be decided today. In West Bengal, the polling is taking place in the shadow of the violence that forced the Election Commission to order the campaigning to be ended 20 hours before scheduled time.

Here are the key battles in Phase 7 of Lok Sabha Elections 2019:

Narendra Modi vs Ajay Rai vs and Shalini Yadav

Prime Minister Narendra Modi is seeking a second term in Varanasi from where he won the 2014 election by  a huge margin. PM Modi is banking on his development agenda, not only in Varanasi but across the country, as also on his image as a strong leader. 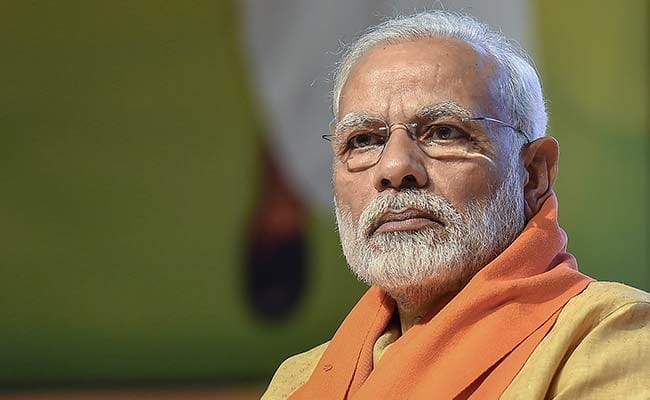 The Congress has again fielded Ajay Rai, who finished third in 2014 with only 75,000 votes. The Congress hopes Mr Rai, a Bhumihar, can at least make a dent in PM Modi's votes. The Bhumihar caste enjoys significant influence in eastern Uttar Pradesh. The opposition gathbandhan of Akhilesh Yadav's Samajwadi Party and Mayawati's BSP also has its own candidate. The Samajwadi Party is fielding Shalini Yadav, the daughter-in-law of a former Congress lawmaker as the opposition candidate from Varanasi.

Firebrand actor-turned-politician Shatrughan Sinha, who recently switched from the BJP to the Congress,takes on Union Minister Ravi Shankar Prasad in Bihar's Patna Sahib. Mr Sinha, who has represented the seat for a decade, was upset when he was snubbed by the BJP and named Mr Prasad as its candidate. Soon after joining the Congress, Mr Sinha ruffled many feathers within the party after his controversial comments on Mohammed Ali Jinnah and when he campaigned for his wife Poonam who contested from Lucknow on a Samajwadi Party ticket, though the Congress has also fielded its candidate from there.The deciding votes in Patna Sahib would be of the Kayastha community. Ravi Shankar Prasad, one of the most prominent ministers in PM Modi's cabinet, is banking on his long connection with the city and the achievements of PM Modi's government. With Shatrughan Sinha in the Congress, Mr Sinha faces the challenge of retaining the seat for the BJP.

Chandigarh witnesses a  triangular contest. The BJP has fielded its sitting lawmaker, actor Kirron Kher, who is banking on PM Modi's popularity. Former Railway Minister Pawan Kumar Bansal is the Congress candidate in Chandigarh which has 6.20 lakh voters. 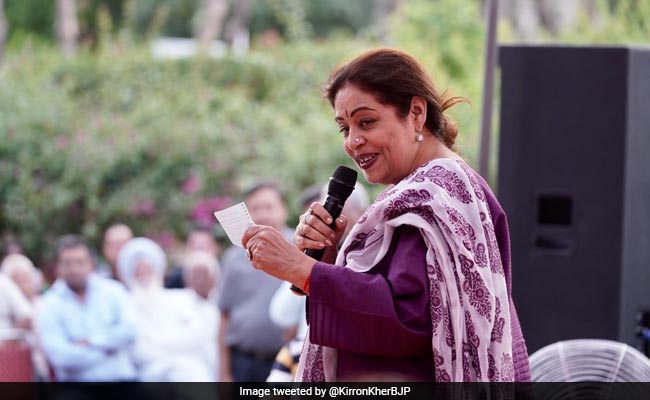 Bollywood actor Sunny Deol is the BJP's choice to wrestle the Gurdaspur seat back from the Congress. The 62-year-old is the third Deol to join politics - and the BJP - after his father Dharmendra and stepmother Hema Malini, both yesteryears Bollywood superstars. The actor's campaign in Punjab witnessed many colourful moments with him holding up a handpump, recreating a scene from his hit film "Gadar: Ek Prem Katha", and at other times he mouthing popular dialogues from his films. 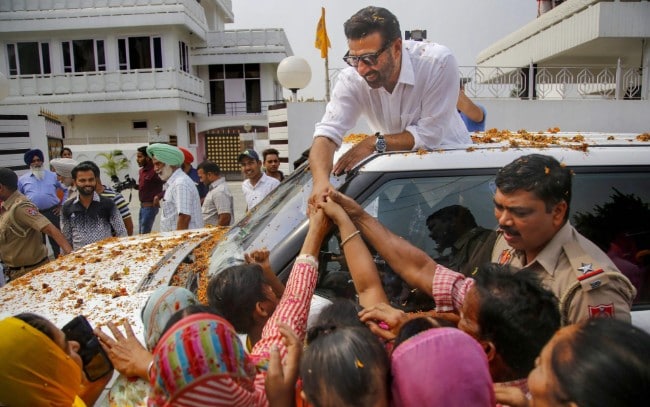 The actor-turned-politician is pitted against state Congress chief and sitting lawmaker Sunil Jakhar. Mr Jakhar, the son of former Congress leader Balram Jakhar, is banking on his development projects besides banking on his party's role in the Kartarpur Sahib corridor project. Gurdaspur has traditionally been a BJP stronghold.  It was represented four times by actor Vinod Khanna, who died in April 2017.

Bhojpuri superstar Ravi Shankar is the BJP candidate in the crucial Gorakhpur, the stronghold of Yogi Adityanath. The BJP, which lost Gorakhpur to the alliance of Samajwadi Party and the Bahujan Samaj Party in the by-election last year is hoping to get it back. He is pitted against the Congress's Madhusudan Tripathi and Rambhual Nishad of the Samajwadi Party. Gorakhpur lawmaker Pravin Nishad, who had won the seat on a Samajwadi Party ticket last year, has joined the BJP. Gorakhpur was represented by Yogi Adityanath in the Lok Sabha from 1998 to 2017, before he became the Chief Minister of Uttar Pradesh. 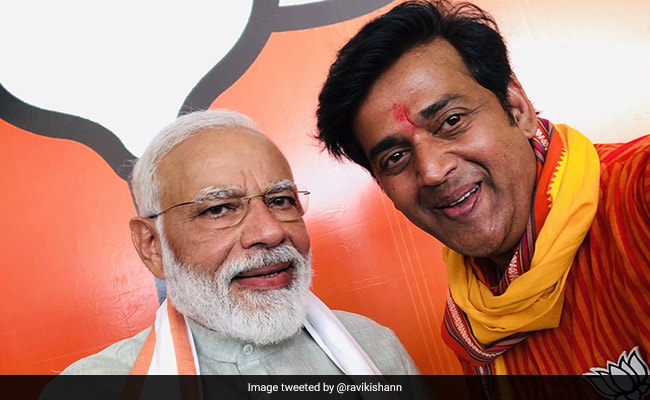 Mamata Banerjee's nephew Abhishek Banerjee is seeking re-election from the Diamond Harbour seat on a Trinamool Congress ticket. He is pitted against BJP's Nilanjan Roy. The CPI(M) has nominated Fuad Halim and the Congress, Soumya Aich Roy for the seat. The campaign in Bengal was marred by political violence and destruction of social reformer Ishwar Chandra Vidyasagar, forcing the Election Commission to order campaigning to end on Thursday night instead of Friday evening. It was the first such action in India's electoral history.

In West Bengal's high-profile Jadavpur seat, the Trinamool Congress is banking on the celebrity status of Bengali actor Mimi Chakraborty for a third consecutive win. Ms Chakraborty faces a stiff challenge from the CPI(M)'s Bikash Ranjan Bhattacharya, who was the mayor of Kolkata. The BJP, in a bid to win the seat riding on its growing popularity, has fielded Anupam Hazra, a TMC parliamentarian in the outgoing Lok Sabha who switched sides before the election. It was in Jadavpur where Mamata Banerjee had defeated Left veteran Somnath Chatterjee in 1984 when she was with the Congress. In Jadavpur, no party has won a third consecutive term so far.

Misa Bharti vs Ram Kripal Yadav
Pataliputra, named after the ancient city that was capital of the Magadh kingdom, sees a straight flight between jailed Bihar politician Lalu Yadav's eldest daughter Misa Bharti and former loyalist of the Rashtriya Janata Dal (RJD) chief. Misa Bharti who had lost to the former five years ago, entered the electoral battle again apparently to avenge the defeat despite being a member of the Rajya Sabha. Union Minister Ram Kripal Yadav is the sitting lawmaker and the BJP candidate in Pataliputra.
Ms Bharti  hopes to gain sympathy with her campaign almost entirely focused on her ailing father who is serving sentences in fodder scam cases and has not been able to secure bail on health grounds.

Meira Kumar vs Chhedi Paswan
Former Lok Sabha Speaker and veteran Congress leader Meira Kumar is contesting from Bihar's Sasaram, which she had represented two times on the trot before losing to the BJP's Chhedi Paswan in 2014. Mr Paswan was a lawmaker from the seat in 1989 and 1991 on a Janata Dal ticket. Meira Kumar's father, former deputy prime minister Jagjivan Ram, had represented the reserved seat several times, mostly on Congress ticket and twice as the Janata Party's candidate. Though Sasaram is a reserved (Scheduled Caste) seat, the fight is tough for both Chhed Paswan and Meira Kumar. If Ms Kumar is playing her father's legacy card, Mr Paswan is banking on PM Modi's influence.

Ashwini Kumar Choubey vs Jagadanand Singh
In Buxar in Bihar, Union Minister Ashwini Kumar Choubey is banking on the Narendra Modi factor to retain the seat for the second time. Facing him is Jagadanand Singh, a veteran leader of Lalu Yadav's Rashtriya Janata Dal (RJD). Mr Singh has represented the Lok Sabha constituency in the past. Unlike Mr Choubey, who is from Bhagalpur, Mr Singh is seen as a local. Rajputs are a key factor in this Brahmin dominated seat.