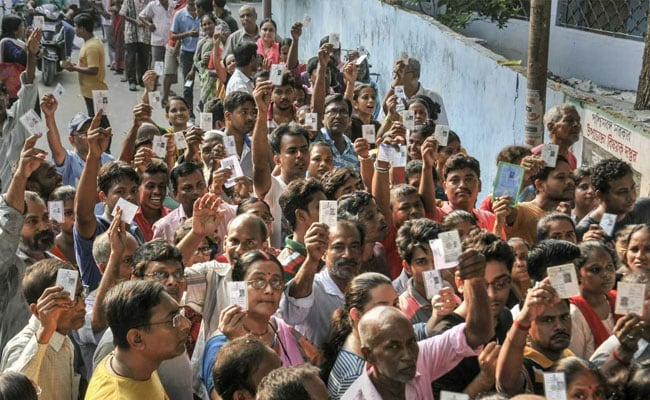 Election 2019 Phase 7: West Bengal remained tense during the final round of voting.

New Delhi: About 64.15 per cent people - 1 percent more than 2014 - cast their votes in the seventh and the last phase of elections, held on 59 seats across eight states today. Bengal witnessed crude bombs, lathicharge and claims of attacks on the BJP candidates. Rival groups threw crude bombs at Bhatpara and were brought under control only when the police used batons. Union minister Nirmala Sitharaman said the Central forces should stay in the state till counting. Among the main contestants in this phase was Prime Minister Narendra Modi, who is seeking re-election from Varanasi. Polling was also held on 13 seats in Uttar Pradesh - all in the eastern part of the state - and on all 13 seats of Congress-ruled Punjab.