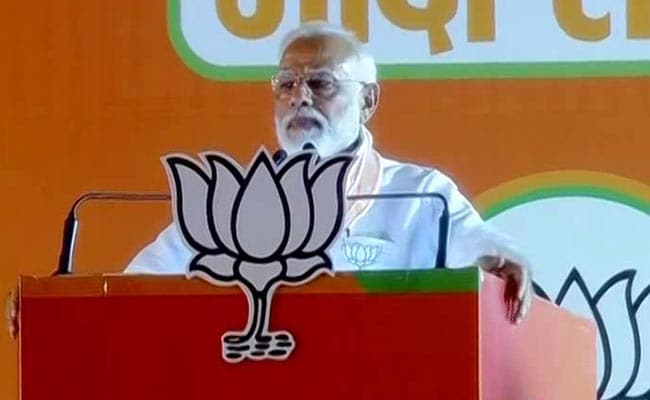 The Aam Aadmi Party (AAP) on Thursday attacked Prime Minister Narendra Modi for not listing any achievement of his ministries and keeping mute at his public rally in Delhi on the sealing drive in Delhi.

Addressing the media, AAP leader Sanjay Singh said the AAP asked five questions to PM Modi but he did not answer even one.

"Yesterday there was a rally by Modi (in Delhi) and as expected he did not utter any word on sealing," he said.

"What kind of PM he is? He was not able to list a single achievement of his ministries in the speech."

Mr Singh said the 2019 Lok Sabha will see a contest between those who work and those who make fake promises.

"AAP is a party which is driven by work and the world has seen and praised our work."

"The party which is attacking an elected CM and spreading hate in the country is accusing us (AAP) of anarchy."

Mr Singh said that PM Modi had promised full statehood for Delhi from the same rally ground in 2014 but mentioned nothing about it on Wednesday.

The AAP had asked PM Modi to speak about sealing drive and full statehood for Delhi among others.