"Not A Grain Of Truth In It": Mayawati Denies She Apologised To Poll Body

Lok Sabha elections 2019: The Election Commission issued notice to Mayawati over her speech in Deoband, and had told her to reply within 24 hours 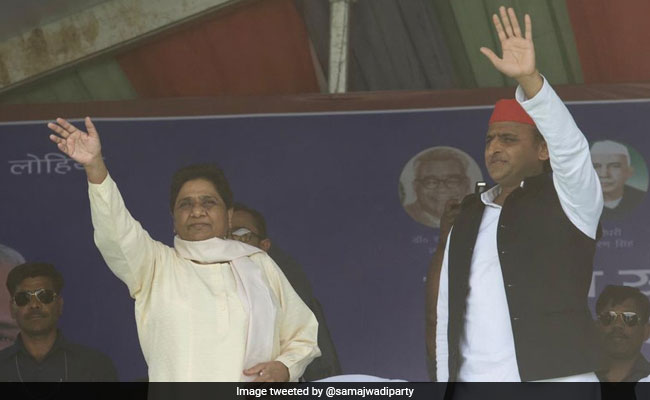 Bahujan Samaj Party chief Mayawati today denied she has apologised to the Election Commission over her comments at a rally in Uttar Pradesh's Deoband that Muslim voters should only vote for the her party and its alliance partners to keep the BJP out of the crucial heartland state, which has 80 Lok Sabha seats.

"Some media reports are claiming that I have apologised to the Election Commission. But let me tell you, there is not even a grain of truth in this," said Mayawati at a rally in UP's Badaun, drawing applause from her supporters.

The EC had on Thursday issued notice to Mayawati over her speech in Deoband, and told her to reply within 24 hours. The chief electoral officer had also sought a report from the Saharanpur district administration on her speech over which the poll body had received several complaints from rival parties as well.

In a widely circulated video of her speech, Mayawati was heard saying, "I want to tell the people of the Muslim community, don't divide your votes. Instead, you should vote only for candidates of the BSP, SP (Samajwadi Party) and RLD (Rashtriya Lok Dal) so that they win... Don't fall for people who give you false hopes, who pretend to be your friends in order to divide your votes. If you want to make BJP taste defeat from Uttar Pradesh in this election, then you should only put your votes into the gathbandhan (alliance)."

UP Chief Minister Yogi Adityanath was also served a notice by the poll body over his remarks at a rally that the Lok Sabha election was a contest between "Ali" and "Bajrang Bali".

Mayawati is fighting the national elections in UP in an alliance with Akhilesh Yadav's Samajwadi Party and Ajit Singh's RLD in a bid to counter the BJP's onslaught. The alliance has kept the Congress out.

UP will vote next in the second of the seven-phase Lok Sabha elections on April 18. Results will be out on May 23.