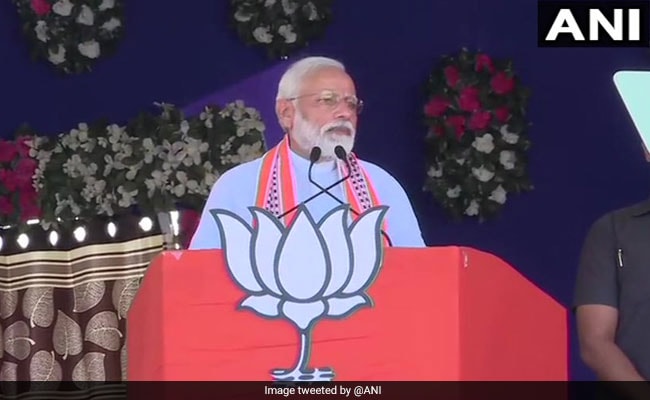 Prime minister Narendra Modi addresses two public meetings in Gujarat today. This will be his first visit to his home state since announcement of elections were made on 10 March. PM Modi will address rallies at Junagadh Agricultural University and Songadh in Tapi district. PM Modi is scheduled will reach Rajkot from where he will travel to Junagadh in a helicopter.

Here are the LIVE Updates of the PM Modi's Gujarat Rally :

Mayawati's Party BSP To Keep Away From Constitution Day Programs