Despite Shatrughan Sinha's very public attacks on PM Modi, the BJP stopped short of sacking him or taking any disciplinary action. 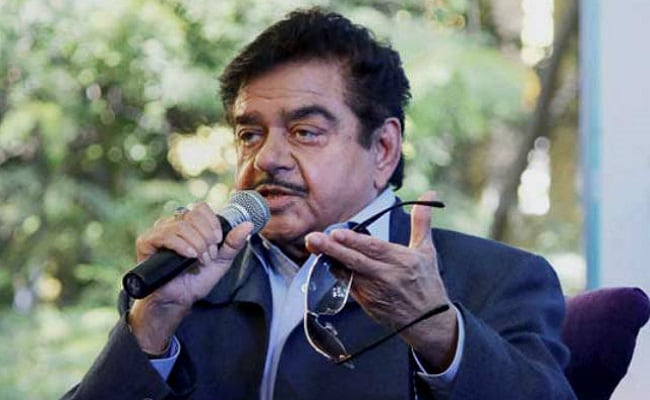 Shatrughan Sinha, 72, declared that he would contest from Patna Sahib no matter what

Shatrughan Sinha, the BJP's in-house critic, may contest next month's national election from his Bihar seat, but as a candidate of the rival Congress party.

The outspoken actor-turned-politician, whose criticism of Prime Minister Narendra Modi has grown progressively sharper, may not figure on the BJP's list of candidates for the Lok Sabha polls at all.

Despite his very public attacks on PM Modi, the BJP stopped short of sacking him or taking any disciplinary action. But apparently, Shatrughan Sinha, nicknamed "Shotgun" for his ready wit and candour, did push his party too far.

It is more or less certain that Patna Sahib, which elected Shatrughan Sinha to parliament in 2009 and 2014, will now have a different BJP candidate - Union Minister Ravi Shankar Prasad.

As reports of his imminent replacement emerged, Shatrughan Sinha, 72, declared that he would contest from Patna Sahib, come what may, even if it meant joining another party.

The rebel BJP parliamentarian has routinely tested his leadership with his unbridled critique on social media. Today's no different.

Sirji, more than 20 parties according to you is 'Mahamilawat. And you have more than 40 parties supporting you! What would or should people call it? 'Mahagirawat'?
What is right for Peter, should be right for Paul no, Sir? Nonetheless it is high time & right time if you could

fulfill some or all your promises and reduce the gap between the promises & performances.

By the way Sir, what happened to the "100 Smart Cities projects" promised by you, time & again?
Can we name even one?
These are all humble suggestions/questions from a person who has

been a friend & colleague of yours. You are the Hon'ble PM of our country - 'Tali kaptaan ko toh gaali big kaptaan ko'. Jai Hind!

Shatrughan Sinha didn't help his cause by participating in a mega opposition rally organised by Mamata Banerjee in Kolkata in January. "Even if I'm part of the BJP, I speak for the people and the country first. During Atal Bihari Vajpayee's time, the focus was "lokshahi" or democracy but now in PM Modi's time it is "tanashahi" or dictatorship," he said at that rally.

The former minister has also maintained warm ties with Lalu Prasad Yadav, another fierce BJP critic, and not just shown support for him but has also visited him in jail.

Earlier this month, he provoked much speculation by meeting Lalu Yadav's son Tejashwi Yadav, who has taken charge of the Rashtriya Janata Dal as his father serves a jail term for corruption.

When reporters asked him about a switch, he hinted at leaving the BJP, saying: "Everything about my future course will be known soon, like where will I contest and on which symbol."