Telugu Desam Party (TDP) member Gajapathi Raju Pusapati was the only one who attended every session. 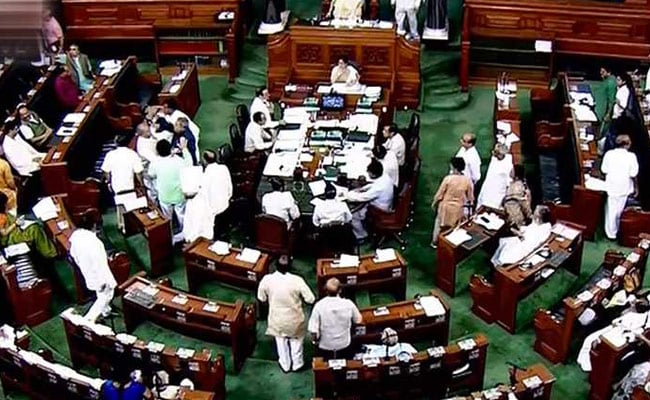 The others who attended most number of sessions included the Bharatiya Janata Party (BJP) members.

As 91 Lok Sabha constituencies go to polls on Thursday, a look at the data on the sitting MPs' participation in Parliament shows that 11 of the 53 sitting candidates contesting in the first phase had lower than 75 per cent attendance while Telugu Desam Party (TDP) member Gajapathi Raju Pusapati was the only one who attended every session.

Apart from the TDP MP, others who attended most number of sessions included the Bharatiya Janata Party (BJP) members Rajendra Agrawal (Meerut) with 98 per cent, Mahesh Sharma (Gautam Buddha Nagar) with 97 per cent and Satya Pal Singh (Meerut) with 96 per cent, according to data shared by PRS Legislative Research.

Both Mr Sharma and Mr Singh are Union Ministers.

On the other hand, YSR Congress Party's S.P.Y. Reddy (Nandyal) attended the least number of sessions (13 per cent) followed by the TDP's Sambasiva Rayapati Rao (Narasaraopet) at 38 per cent and his colleague Naramalli Sivaprasad (Chittoor) with 45 per cent.

All the three are from Andhra Pradesh.

A total of 14 sitting MPs attended over 90 per cent of Parliament sessions, out of which nine were from the BJP, three from the TDP and one each from the Telangana Rashtra Samithi (TRS) and the Congress.

In terms of questions asked in the parliament, Majlis-E-Ittehadul Muslimeen's (AIMIM) Hyderabad MP Asaduddin Owaisi was the most active member, with a total of 737 questions even as he attended 82 per cent of total sessions. He participated in 64 debates and moved two private members' bills.

The worst-faring candidates in terms of question asked include Trinamool Congress member Dasrath Tirkey (Alipurduars) and YSR Congress's S.P.Y. Reddy who did not ask a single question and attended 67 per cent and 13 per cent of sittings respectively.

The 53 sitting MPs contesting in the first phase include 21 legislators of the BJP, 10 of the TDP, eight of the TRS, two of the Congress, two of the Shiv Sena and one each of the Trinamool, the Majlis-E-Ittehadul Muslimeen, the Biju Janata Dal, the Communist Party of India-Marxist, the Lok Janshakti Party and the Nationalist Congress Party, among others.

The BJP members include eight ministers, one former BJP minister (Sanjeev Balyan) and one former TDP minister (Ashok Gajapathi Raju) who did not sign the attendance register, asked questions, or introduced private member bills. Hence data for them was not available.