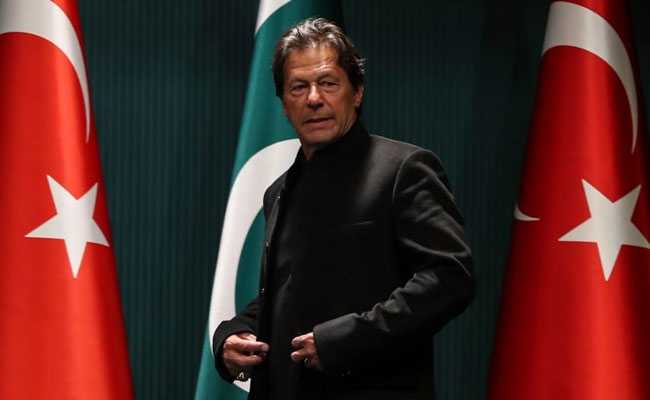 "I congratulate Prime Minister Modi on the electoral victory of BJP and allies. Look forward to working with him for peace, progress and prosperity in South Asia," tweeted Imran Khan, a former cricketer who became Pakistan's Prime Minister in August last year.

PM Modi, responded, by saying he has "always given primacy to peace and development in our region."

I warmly express my gratitude for your good wishes. I have always given primacy to peace and development in our region. https://t.co/b01EjbcEAw

Imran Khan's tweet came not long after other heads of state including Israeli Prime Minister Benjamin Netanyahu and Chinese President Xi Jinping congratulated PM Modi after trend showed his party had taken comfortable majority in the 543-seat Lok Sabha, for which elections were held in 542 seats. A party or an alliance needs 272 seats to form government.

The results of the general election are significant for Pakistan as the formation of the next government in New Delhi would determine the course of bilateral ties, which fell to a new low after a suicide bomber of Pakistan-based terror group Jaish-e-Mohammed killed 40 soldiers in Jammu and Kashmir's Pulwama.

In April, Imran Khan was quoted as saying by the media that he saw a better chance of peace talks with India if PM Modi's BJP won the national election. The Pakistan PM had said if the next government in India were led by the Congress party, it might be "too scared" to seek a settlement with Pakistan over Kashmir, fearing a backlash.

"Perhaps if the BJP - a right-wing party - wins, some kind of settlement in Kashmir could be reached," Imran Khan was quoted as saying by news agency Reuters.

On Wednesday, Pakistan's Foreign Minister Shah Mahmood Qureshi had said his country has delivered a "message of peace" by opening the Kartarpur corridor for Sikh pilgrims from India as he underlined the importance of "conflict resolution" for peace and stability in South Asia.