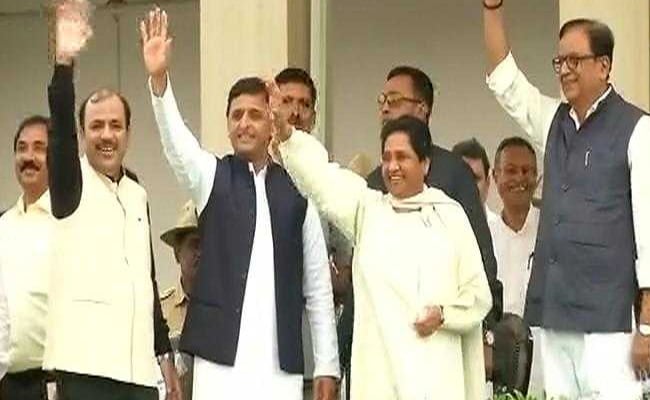 SP-BSP are fighting the Lok Sabha polls in Uttar Pradesh as allies.

"We have planned joint rallies in Uttar Pradesh, he told news agency ANI in reply to a question about what happened in his meeting with BSP president Mayawati on Wednesday.

"The meeting was to discuss the poll strategy for the ensuing Lok Sabha elections. We have decided on meeting and rallies of SP and BSP. We have also planned joint rallies," he said.

SP-BSP are fighting the Lok Sabha polls in Uttar Pradesh as allies. According to the seat-sharing agreement, the SP is contesting 37 seats and BSP 38. Three seats have been given to the RLD- Mathura, Muzaffarpur and Bagpat. Two seats - Rae Bareli and Amethi -have been left for the Congress.

Mr Yadav said that his party would now reach out to the people of the state, where Lok Sabha elections will be held in seven phases beginning April 11 to end on May 19. The counting of votes will take place on May 23.

"Lok Sabha election dates have been declared. Every party is announcing its candidates. SP and BSP have also announced some candidates. It is the time to reach out to the people of the state," he added.

Attacking Uttar Pradesh Chief Minister Yogi Adityanath-led BJP government, Akhilesh said, "The government has not achieved anything which was promised to the people to come to power. Where are laptops he was supposed to give? Where are jobs? And where is the share of farmers?"

Mr Yadav, however, avoided questions on Congress general secretary and in-charge for the party's east UP affairs Priyanka Gandhi Vadra meeting with Bhim army chief Chandrashekar Azad in a hospital in Meerut on Wednesday.

In 2014 Lok Sabha election, NDA had won 73 seats from the state, SP had got just five seats, while BSP drew a blank.