Priyanka Gandhi Vadra's unscheduled visit is being seen in political circles as an attempt to woo the Dalits in Uttar Pradesh and pit Chandrashekhar Azad, chief of an outfit called Bhim Army, against the Bahujan Samaj Party amid souring ties between the two parties. 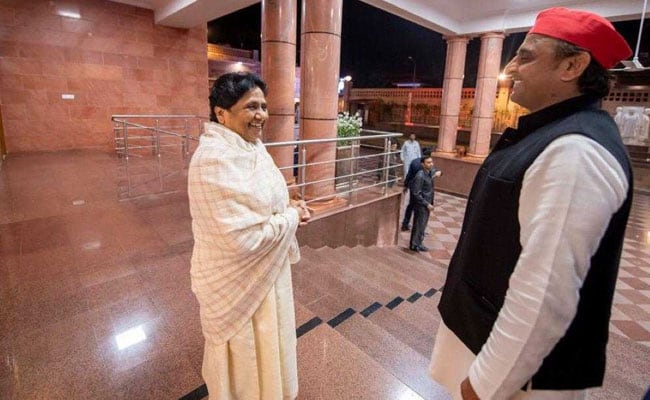 Uttar Pradesh politicians Mayawati and Akhilesh Yadav who are contesting the upcoming Lok Sabha elections together setting aside decades of bitter rivalry, met in Lucknow for a round of talks on Wednesday. The meeting came just hours after Congress leader Priyanka Gandhi Vadra paid a surprise visit to Dalit leader Chandrashekhar Azad at a Meerut hospital in a move unlikely to be taken too kindly by Mayawati.

Meetings are being held constantly as the election is round the corner and the poll campaign has to be launched full scale after Holi next week, he said.

The alliance has left two seats for the Congress in the state and will honestly support it on them, said Mr Chaudhary.

But Priyanka Gandhi Vadra's unscheduled visit is being seen in political circles as an attempt to woo the Dalits in Uttar Pradesh and pit Mr Azad, chief of an outfit called Bhim Army, against the Bahujan Samaj Party amid souring ties between the two parties. Priyanka Gandhi Vadra, however, said no political motive should be attributed to her meeting with Mr Azad.

A senior Samajwadi Party leader, who did not wish to be named, claimed Priyanka Gandhi's visit to Chandrashekhar Azad was in reaction to the BSP president ruling out any alliance with the Congress, news agency PTI said.

"But Mayawati is not someone who will yield to any kind of pressure. This alliance will not come under pressure. It has already given two seats to the Congress," he added.

Mayawati had Tuesday snubbed the Congress by slamming doors on it for any electoral alliance for the Lok Sabha polls anywhere in the country.

The Samajwadi Party (SP) and the Bahujan Samaj Party (BSP) recently forged an alliance on to divide the 80 Lok Sabha seats in the state. As per the deal, the Akhilesh Yadav's party will contest 37 Lok Sabha seats in UP and the Mayawati's party 38, leaving three for the Ajit Singh-led Rashtriya Lok Dal and two for Congress leaders Sonia Gandhi and Rahul Gandhi.

The seven-phase Lok Sabha elections begin on April 11. The votes will be counted on May 23.