Priyanka Gandhi Vadra, the newest political entrant from the Gandhi family, is the Congress in-charge for eastern Uttar Pradesh. 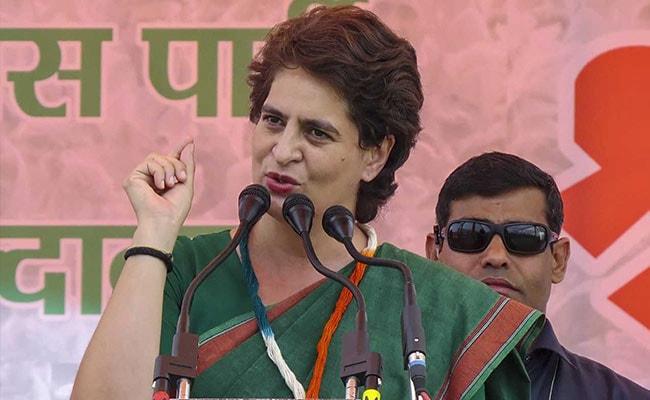 Adding to the already shrill political discourse, Congress leader Priyanka Gandhi Vadra today called Prime Minister Narendra Modi a coward, within days of comparing him with mythical Mahabharat villain "Duryodhan" for a remark against her father Rajiv Gandhi. She said PM Modi was the weakest prime minister she had seen in her life.

"Insey bada kayar, insey kamjor Pradhan Mantri main jeevan me nahi dekha, (I haven't seen a more coward and weaker PM than him in my life)", she was quoted by news agency PTI as saying.

Priyanka Gandhi Vadra, the newest political entrant from the Gandhi family, is the Congress in-charge for eastern Uttar Pradesh. She was campaigning in the state's Pratapgarh when she alleged PM Modi had cheated the masses.

"You have been cheated. He (PM) had promised to check corruption but now who has been exposed as corrupt...He hides the reality with his campaigns. If Modiji comes to you, then you should tell him that in Amethi without power connection a lady showed Rs 35,000 electricity bill, another person showed a bill for Rs 50,000," she added.

The unrelenting PM followed his attack with a challenge-- to contest remaining elections in the name of her father.

Priyanka Gandhi Vadra on Wednesday responded to Prime Minister Narendra Modi's challenge with one of her own.

"A Delhi girl is openly challenging you. Contest the last two phases on notebandi, GST, women's safety and unfulfilled promises to the youth," she said yesterday.

On Wednesday, PM Modi also dragged her husband Robert Vadra into the ongoing duel. He cited the situation of Robert Vadra to establish his credentials as a "chowkidar" - a term used by the Prime Minister to project himself as protector of the country's interests.

"This chowkidaar has taken the person who looted farmers to court. He is making rounds of ED and court to take bail. He used to think he is Shahenshah, now he is nervous. I've already taken him to the gates of jail," he said at a rally yesterday.

Mr Vadra, a businessman, has been linked to several corruption cases and the situation has provided the BJP with ample opportunities to attack the Congress.

Only two rounds of polling have remained in the seven-phased national election. In the sixth round, many important constituencies, including seven in Delhi, will vote on May 12. The counting of votes will start on May 23.