Robert Vadra, a businessman, has been linked to several corruption cases and the situation has provided the BJP with ample opportunities to attack the Congress. 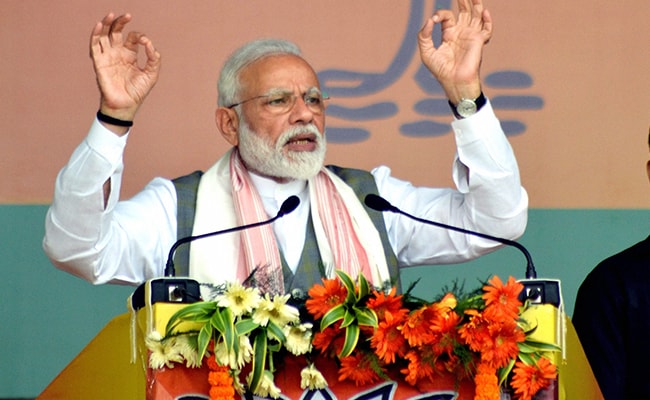 Prime Minister Narendra Modi today cited the situation of Robert Vadra, the brother-in-law of Congress chief Rahul Gandhi, to establish his credentials as a "chowkidar" - a term used by the Prime Minister to project himself as protector of the country's interests.

Mr Vadra, a businessman, has been linked to several corruption cases and the situation has provided the BJP with ample opportunities to attack the Congress.

Earlier this year, he was questioned in a money laundering case - which involves the purchase of a London-based property worth 1.9 million pounds -- by the Enforcement Directorate.

The questioning, coming ahead of the Lok Sabha elections, became another flashpoint between the Centre and the opposition, in the backdrop of Congress allegations of corruption in the Rafale jet deal.

Today, addressing a rally in Haryana's Fatehabad, PM Modi said, "This chowkidaar has taken the person who looted farmers to court. He is making rounds of ED and court to take bail. He used to think he is Shahenshah, now he is nervous. I've already taken him to the gates of jail ".

Robert Vadra had earlier been summoned by the Enforcement Directorate in a case of alleged forgery involving land in Bikaner, and real estate in Gurgaon near Delhi.

Mr Vadra has claimed the investigations against him are a part of political witch-hunt.

His wife, Priyanka Gandhi Vadra, has shown support by dropping him to the offices of the agency during questioning sessions, amid hectic campaigning. Ms Gandhi Vadra, who entered active politics in February, has said her show of support was also a message to the BJP.

Later today, Mr Vadra - who has expressed wishes to join politics -- responded to the Prime Minister in a Facebook post.

"I have been at the receiving end for the last 5 years of complete harassment, by your government. Relentless notices from various agencies, courts n tax departments, to simply mentally pressurize me. 11 times being summoned to depose each of 8 to 11 hours with the Enforcement Directorate, in different parts of the country, Court depositions n related orders, etc. BUT NOT ONE allegation has been proven," read his post, addressed to the "Respected Prime Minister".

Under the circumstances, the Prime Minister, he said, was citing his name repeatedly "to digress from the failures of your government & their own misdeeds".