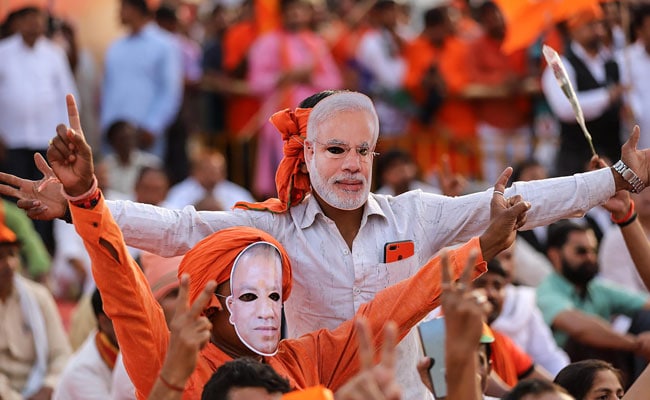 The BJP had its first electoral victory in Phulpur in 2014, when Keshav Prasad Maurya won.

Best known as the parliamentary constituency of Jawaharlal Nehru, this time Phulpur is witnessing a battle between Prime Minister Narendra Modi and the rest of the opposition.

The constituency made headlines last year, when the joint opposition candidate defeated the BJP nominee in the by-polls, creating a major electoral upset. The BJP's candidate which was associated with UP's Deputy Chief Minister Keshav Prasad Maurya.

There are 19.75 lakh voters in the constituency, many of whom see the poll battle as Prime Minister Narendra Modi versus the rest.

Ashit Neogy, who runs a shop in Allahabad (North) said, "The hangover of highly successful 2019 Kumbh among residents of Allahabad and Phulpur is yet to disappear. A high volume of developmental works was done in the run-up to the Kumbh, which was witnessed and appreciated by many. And, it is definitely advantage BJP."

Bhaskar Singh, a resident of Phaphamau, said the area started witnessing development after the BJP formed government in the state.

Abhilash Basak, a businessman, said, "There have been infrastructural developments. However, as far as bylanes are concerned, roads are damaged and street-lighting arrangements are rather poor. Apart from this, in Lukerganj, there are problems of water-logging during monsoon season."

Basak also said, "As far as the 2019 Lok Sabha elections are concerned, I feel that sentiments of the people are with Prime Minister Narendra Modi."

However, a resident of Daraganj (in Allahabad) Nirmal Kumar Das, when contacted said, "Development has taken a back seat as far as this Lok Sabha election is concerned, and it is caste equations, which have emerged in the past couple of days."

Prominent candidates in the poll fray are: Keshari Devi Patel from the BJP, Pandhari Yadav of SP and Pankaj Patel of the Congress.

The constituency goes to polls in the sixth phase on May 12.

Exuding confidence that the SP candidate will retain the seat, party spokesperson and MLC Rajpal Kashyap said, "Bypolls in Phulpur, Gorakhpur and Kairana changed the narrative of UP's electoral politics and proved to be the nemesis for the BJP in the state. All these constituencies will definitely vote for the 'mahagathbandhan', whose aim is to herald a 'mahaparivartan'."

Rebutting claims made by the SP, state BJP media coordinator Rakesh Tripathi said, "It was the low polling percentage which led to defeat of the BJP in the bypolls.

However, in the past one year, several first-time voters have associated themselves with the party. I am confident that the BJP candidate will emerge as victorious in Phulpur."

In 1964, Jawaharlal Nehru died, and subsequently his sister Vijay Lakshmi Pandit got elected from the constituency in 1964 and 1967.

The Congress won last time from Phulpur in 1971, when Vishwanath Pratap Singh won. After this, it has been won by non-Congress and non-BJP parties mainly the SP. The Samajwadi Party won from Phulpur in 1996, 1998, 1999 and 2004, while in 2009 it was the BSP which succeeded.

The BJP had its first electoral victory in Phulpur in 2014, when Keshav Prasad Maurya (the current Deputy Chief Minister of UP) won.

However, the victory proved to be short-lived for the BJP, as Maurya vacated the Lok Sabha seat after becoming the Deputy Chief Minister following BJP''s landslide win in the 2017 UP Assembly elections.