Indian Election Symbols: From Meaningful To Wonderful To Plain Bizarre

Lok Sabha Elections: The contest involves many political parties, each with a symbol - and the symbols themselves have become a unique feature of Indian democracy. 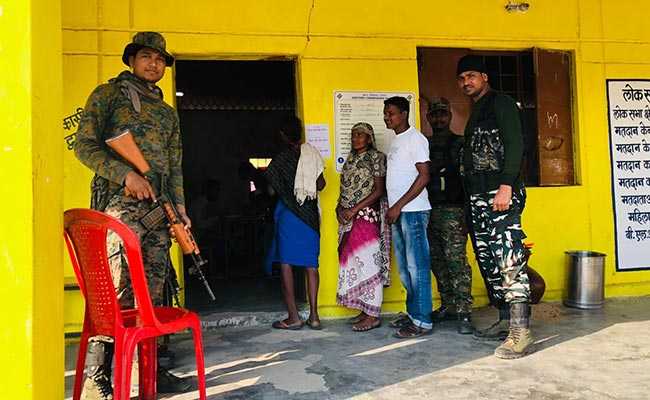 Until recently, India's voting machines featured only the candidate's name and party symbol.

Nearly 900 million Indians are eligible to vote in national elections that start Thursday, an exercise so big that it will take six weeks to complete.

The contest involves many political parties, each with a symbol - and the symbols themselves have become a unique feature of Indian democracy.

When India held its first national election in 1951-52, almost 3 in 4 voters were illiterate. To help them identify the party of their choice, visual symbols were allotted to parties and candidates. While literacy levels have increased dramatically since, the abiding appeal of party symbols has not faded.

Until recently, India's voting machines featured only the candidate's name and party symbol. This time, the candidate's photo will also appear on the machine beside the symbol.

While India's seven national parties and 64 state parties have fixed symbols, the Election Commission also has a pool of "free" symbols that can be used by thousands of smaller, lesser-known organizations.

Here's a look at some of the symbols competing for voters' attention:

India's national flower, the lotus, is the symbol of the ruling Bharatiya Janata Party, or BJP. The lotus is associated with the Hindu goddess of knowledge and symbolizes the party's link to Hinduism and its traditions.

The palm of a hand is the only body part in use as a party symbol. The Indian National Congress, which led India's struggle for independence and now serves as the main opposition party, considers the hand a symbol of strength and unity.

The elephant is the symbol of the Bahujan Samaj Party, which draws its strength from the Dalit community, formerly known as "untouchables." It is one of the few parties to have an animal symbol. (The use of such symbols was largely discontinued after protests from animal rights groups.

The bicycle - a popular mode of transport for the masses - is a popular political symbol. Three regional parties proudly use the bicycle as their symbol, including the Samajwadi Party, a powerful player in Uttar Pradesh, India's largest state and home more than 100 million voters.

Ears of corn and sickle

The symbol of the Communist Party of India draws on classic imagery representing farmers and peasants, but it should not be confused with a similar symbol used by the Community Party of India (Marxist), which uses a hammer, sickle and star.

All Jharkhand Students Union, a regional party in central India, has a banana as its symbol. No one is quite sure why.

One of India's newest parties, the Common Man Party, rode to victory in Delhi's state government on an anti-corruption platform. Its symbol - a broom - represents the party's promise to sweep out corruption.

Household objects are often used as symbols by parties to position themselves as representing the common man. A ceiling fan is the symbol of Yuvajana Sramika Rythu Congress Party, in southern India.

Other parties use symbols like the car - a nod to modernization and rising aspirations - to pull in voters. The car is the symbol of Telangana Rashtriya Samiti, a regional party in the south that zoomed to power a second time last year.

Lesser-known parties have to apply for their symbol each election, and there are 198 wonderful and bizarre objects to choose from on the "free symbols" list. A bat and a batsman reflecting India's passion for cricket seem like good choices. But it's unclear how a party would swing votes its direction by choosing pliers or a drill machine.

There are also some hard-to-fathom choices like a dish rack with three plates in it, and a pen nib radiating rays of ink.