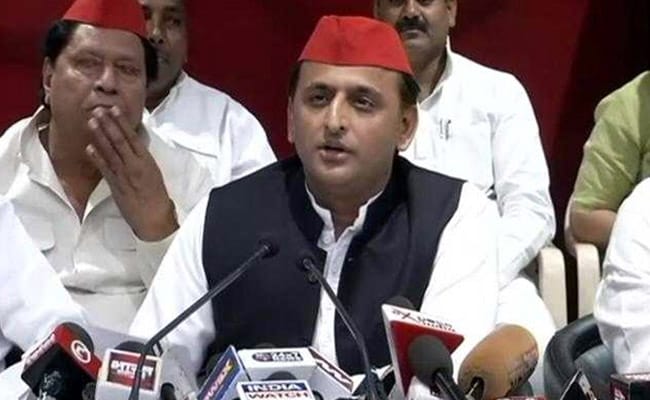 As social media mused if the Army's pictures of the footprints of the mythical mountain creature 'Yeti' proved its existence, Samajwadi Party chief Akhilesh Yadav was more interested in finding if ache din or good days, promised by Prime Minister Narendra Modi during his 2014 election campaign, have arrived or not. The leader, in a tweet, said the promised good days were more elusive than the creature.

"It seems that "Acche Din" are more elusive than the #Yeti," Mr Yadav said, retweeting Indian Army's pictures of the alleged footprints of the creature whose existence has not been proved.

The Army tweeted on Monday that its team had sighted "mysterious footprints of the mythical beast Yeti", commonly known as the "abominable snowman" that many over the decades claim to have seen, but without much proof. The Army, sharing images on its official Twitter handle, said a mountaineering expedition team had found the Yeti's "mysterious footprints measuring 32X15 inches". The tweet was meant to "excite scientific temper," said sources as the Yeti claim generated curiosity.

"For the first time, an #IndianArmy Moutaineering Expedition Team has sited Mysterious Footprints of mythical beast 'Yeti' measuring 32x15 inches close to Makalu Base Camp on 09 April 2019. This elusive snowman has only been sighted at Makalu-Barun National Park in the past," the Army's tweet read.

It seems that "Acche Din" are more elusive than the #Yetihttps://t.co/fUS9AuGyks

Army sources say the story is based on "physical proof of on-the-spot narration", photos and videos. "We got the inputs about 10 days back and yet we held on to it," they said, promising that the "photos and videos may surprise you".

"We tweeted as we thought prudent to excite scientific temper and rekindle the interest. Some of us who reject the story surely shall have a definite answer to the evidences. As they say nature, history and science never write their final story," said a source.

The tweet has created a storm on social media. While some of the users praised the Army, others criticised it for using the platform to propagate myths.

BJP must be working out how to fit this in to the rest of the campaign. https://t.co/myxvuPxCzv

Campaigning for the 2014 election, PM Modi and the BJP had promised that good days would arrive in the country if they form the government at the centre. While the government says good days are here, the opposition mocks their claims.