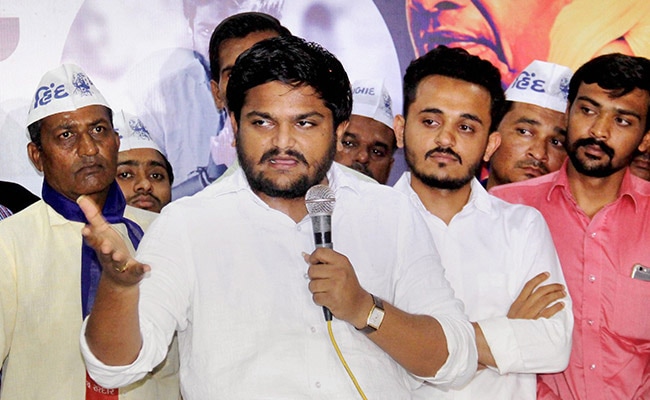 Hardik Patel did not attend the Congress meeting on Sunday. (File photo)

New Delhi: Trouble is already brewing for Congress ahead of the assembly elections in Gujarat as the party gears up to face the ruling BJP. In a late night development, members of the group called PAAS or Patidar Anamat Andolan Samiti attacked Congress offices in Surat alleging the party included two leaders of the movement in the first list of 77 candidates. The inclusion of the members signaled a deal had been struck when none had, PAAS claimed.

The attack came hours after Congress said on Sunday it had reached an agreement with the Patidar community led by Hardik Patel. The grand old party has included 19 members of the community in its first list for the elections slated for next month. Two of Hardik Patel's aides, Lalit Vasoya and Nilesh Patel, have also been included in the list that triggered the spat.

Hardik Patel had said earlier he would support Congress only if the party committed itself to allotting reservation in education and government jobs to his community. While he did not attend the Congress meeting on Sunday, he was expected to make an official announcement about the PAAS stance on supporting the party today, PTI reported.

Here are the updates on the Hardik Patel controversy:

After the Congress released its first list of candidates for the Gujarat Assembly Elections, it was revealed that the Patidar Anamat Andolan Samiti or PAAS had only two members in it, according to news agency PTI.

Lalit Vasoya and Amir Thummar are the two PAAS leaders whose names appeared on the list yesterday.

Nov 20, 2017 15:39 (IST)
After the Congress list was released on Sunday, Hardik Patel's aide and core member of the PAAS Dinesh Bhambhani threatened a statewide agitation against the grand old party. "Congress announced the names without our permission. We will launch a state-wide agitation against the Congress," he said.
Nov 20, 2017 14:52 (IST)
The Patidar community roughly make up for 14 percent of the state's population. The movement to demand reservation for the community was launched in 2015 by Hardik Patel. He blamed the ruling BJP and alleged the Patel youth were excluded from education and job opportunities as the state turned towards industrialisation.
Nov 20, 2017 14:37 (IST)
The members of Patel community in the state have been staunch BJP supporters in the past. But the Patidars have been expressing dissatisfaction with the BJP lately over reservation in government jobs and education. Congress is trying to tap this sentiment to defeat the ruling party.
Nov 20, 2017 14:19 (IST)
Over the last two decades, the Patidar community is said to have operated on the assumption that the backward castes in Prime Minister Narendra Modi's home state, who are guaranteed a share of government jobs and seats in colleges, have progressed at their cost. Hardik Patel leveraged the sentiment to launch the movement to demand reservation for the community nearly two years ago.
Nov 20, 2017 13:57 (IST)
The last date for filing nominations for the first phase of the assembly elections is Tuesday. The polling for the assembly elections will be held on December 9 and December 14, and the results will be declared on December 18.
Nov 20, 2017 13:51 (IST)
Amid tensions between Congress and Patidar workers, Patidar Anamat Andolan Samiti (PAAS) convenor and Hardik Patel's aide Dinesh Bambhania today said an unknown caller had threatened to kidnap his son from school, IANS reported.
"I was threatened with kidnapping of my son Drashya from the school on Monday morning. The unknown caller was speaking in Gujarati." he said but he did not clarify if he was going to file a complaint.
Nov 20, 2017 13:49 (IST)
Hardik Patel has remained silent over the violence reported between the Patidar activists and Congress members in Surat. He also skipped the meeting held by Congress on Sunday. After the meeting, Congress had said it had reached a consensus with the Patidar community. However, the clashes raised doubts about the truce.
Nov 20, 2017 13:15 (IST)
While Congress struggles to strike a deal with Patidar community and its leader Hardik Patel, BJP issued its third list today. Gujarat Chief Minister Vijay Rupani filed his nomination from Rajkot today in the presence of Union Minister Arun Jaitley, ANI reported. Gujarat has 182 assembly seats and BJP Chief Amit Shah aims to win 150 seats.
Nov 20, 2017 12:58 (IST)
The crisis deepened this morning when one of the members of the PAAS community, Lalit Vasoya, filed his nomination papers for the upcoming Gujarat polls as a Congress candidate. PAAS leader Dinesh Bhambania had told him not to do so. Mr Vasoya, a close aide of Hardik Patel, was listed in the first list of 77 candidates issued by Congress on Sunday, which had angered the Patidar community.
Nov 20, 2017 12:30 (IST)
Hardik Patel was expected to make announcement regarding the official Patidar stance over support to Congress today. However, his rally at Rajkot has been cancelled. The reason for the cancellation of the rally was not clear.
Nov 20, 2017 12:22 (IST)
Hours after clashes were reported between the PAAS and Congress workers, the National Congress Party leader said the party wanted to contest the Gujarat Assembly polls singlehandedly.
"Our party will be fielding candidates for all the 182 constituency seats" NCP spokesperson Yusuf Parmar told IANS today.
NCP leader Praful Patel said the party to form an alliance with Congress but it "did not seem serious and kept on delaying." The grand old party in Gujarat has been in alliance with the NCP in the past. The NCP's announcement comes after Congress, which is trying hard to form an alliance with Hardik Patel-led PAAS in the run-up to state elections, announced its first list of 77 candidates on Sunday.
Nov 20, 2017 11:55 (IST)
The Patel community, which has a strong community in south and central Gujarat, have been involved in violent protests earlier over reservation.
Nov 20, 2017 11:31 (IST)
Hardik Patel wants Patidars brought under the 27 per cent quota for Other Backward Classes. He has delivered several ultimatums to Congress over the weeks.
Nov 20, 2017 11:20 (IST)
In a rally at BJP President Amit Shah's hometown Mansa on Saturday, Hardik Patel declared an all-out war to weed out BJP from Gujarat where the party has ruled for nearly two decades. However, he has also made his support to Congress conditional.
Nov 20, 2017 10:30 (IST) 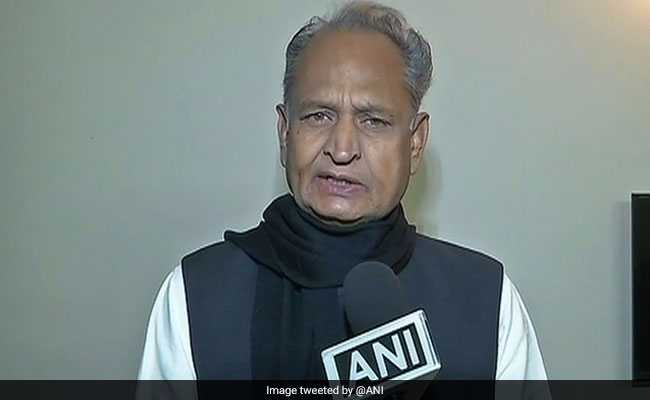 "I condemn this violence, Hardik Patel and his workers should show patience,issues can be sorted out by talking. Also,Gujarat CM should worry about the fights over ticket distribution in his party and not comment on us," Congress leader Ashok Gehlot told ANI.
Nov 20, 2017 10:17 (IST)
Referring to the spat over ticket distribution, Gujarat Chief Minister Vijay Rupani told ANI, "PAAS leaders were working as agents of Congress, and now they have been totally exposed." Nov 20, 2017 10:16 (IST)
Following the clash between Congress and Patidar outfit, PAAS leader Dinesh Patel today said the outfit would oppose Congress if their concerns were not addressed.